The march of containerisation, with Docker at its head, seems to be unstoppable, but the debate on containerisation versus virtualisation shows no sign of slowing down, even though it's been raging for at least six years, far longer than the disruptive Docker has been around.

With server virtualisation a hypervisor manages multiple virtual machines, each with its own operating system and, potentially, multiple applications, running on a single physical server. With containerisation there is only one OS and the containerisation engine manages each application in its own container.

The best known containerisation engine is Docker. As one recent commentator put it: "Docker exploded onto the scene a couple of years ago, and it's been causing excitement in IT circles ever since. The application container technology provided by Docker promises to change the way that IT operations are carried out just as virtualisation technology did a few years previously."

Now, Microsoft has embraced containerisation, building it into Windows Server 2016, a move that has prompted one commentator to say: "If that doesn’t give you an idea of how important Microsoft thinks it is, nothing will."

Another recent article seeks to explain "Why containers are a threat to cloud virtualisation." But back in 2009, at the Oscon 2009 conference in San Jose, one presentation sought to answer the question: "To virtualise or containerise," despite the immaturity of containerisation. The presenter asked: "Containerisation: is it even a thing?"

So where is the containerisation versus virtualisation debate at today? The good news is that they appear to be complimentary, according to this article in Datamation. It quotes Jay Lyman, research manager, cloud platform at 451 Research, saying: "[Containerisation] serves as a standard where there is a lack of standards for how to deploy in the cloud. It also offers a new level of simplicity, has a new user interface.

The big driver is you get some isolation from apps, services and workloads, without as much bleeding and blending between them."

The bad news is that containers are not as secure as hypervisors, because the kernel on which they run providers more functionality and therefore a bigger attack surface than a hypervisor, creating the potential that all containerised applications sharing a physical server to be compromised. The Datamation article notes that there are already some secure products available, but says more are needed.

Security has been cited as the number one reason why containerisation will never replace virtualisation. Another reason is that, because each container runs only a single application, there is a danger of unmanageable 'container sprawl'.

This article sums up the case neatly. "If you need to run multiple applications on servers and/or have a wide variety of operating systems you'll want to use virtual machines. And if security is close to job number one for your company, then you're also going to want to stay with VMs for now."

So: "In the real world … most of us are going to be running both containers and VMs on our clouds and data-centre. The economy of containers at scale makes too much financial sense for anyone to ignore. At the same time, VMs still have their virtues."

Axelera’s Enterprise Sales & Marketing Manager, Jorge Villalpando, sums it up this way: "Cleary both technologies are important, and both will be around for a very long time. It seems to me this whole debate is something of a storm in a teacup. Or should that be in a virtual container?" 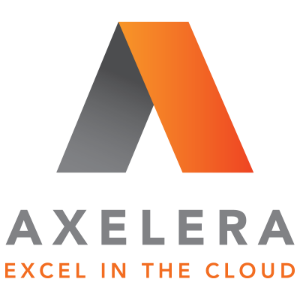 Axelera
Category: Cloud Computing SuppliersCompany about: Accelerate your growth. Be free to innovate and focus on business best practice. Axelera’s Cloud Platform and Managed Services are a secure, flexible, cost effective solution supported by Australian specialists.&nbsp; Managed Cloud&nbsp; Managed Cloud is the answer to business mobility, infrastructure flexibility, high availability, cost reductions and a disaster recovery plan.&nbsp; Axelera maintains and manages the infrastructure which is critical to keeping your core business operating a ...