Now a day’s cryptocurrency is a great source of earning for many companies and has become a global occurrence. Elsner Technologies PTY LTD drops their spotlight and acknowledges that it is digital and effective currency that uses cryptography for getting security feature on many transactions.

As this is not acknowledged by the central government unit so all the transactions and money issues will be not controlled by government and free from central banks.

All the transactions using cryptocurrencies like bitcoin, Ethereum, Litecoin, etc. are not controlled by banks so it is very much easier to transfer funds for the transaction between any two parties.

As it has all security feature such as transactions will be done by using public and private keys. There are many banks that charges some additional unreasonable fees which could be very minimal while doing the transaction using cryptocurrencies.

The contradiction of the Cryptocurrencies

As per the latest press release by the BIS, it has been found that all the cryptocurrencies are not stable and reliable. The latest study tells that initially it has the limited amount of money available but once the demand is high then there will be a shortage of the stock.

It has one advantage as well that money deposited or stored by the people never get degraded but this also creates conflict while doing the comparison with other cryptocurrencies and exchanging the same for other currency. It creates tension among folks if the stored cryptocurrency price value will get reduced because in such cases there will be no organization and institute who will recover the potential loses.

It has been found that when the demand and transaction of cryptocurrencies increases then charge per transaction by the miners will also increase for transaction verification.

The biggest disadvantage is that it requires many servers for storing and for handling bulk transactions successfully initiated and completed through Paypal, Visa, Mastercard and various other payment methods in a day. It has been found that blockchain of bitcoin is increasing nearby 50GB per year and raised maximum up to nearly 170 GB.

This chain of the transaction could stop internet as there are big files having the size of a terabyte swapped by the number of peoples per day. Another drawback could be the electricity wastage because as the number of miners increases for verification of transactions then power consumption also increases.

Apart from all these contradictions, it has been regularly informed by the BIS that cryptocurrency is always open to fraud problems like money laundering and Tax evasion. Cryptocurrencies are always unsafe from the risk of hacking because it does not have central repository and price of all the cryptocurrency fluctuates very frequently so transactions can be placed by calling nefarious activities.

In the history of Bitcoin, it has been found around 40 theft cases that include one case of having theft of more than $1 million. Still, there are many institutes, companies, and peoples who are in the hope that their cryptocurrencies can remain demanding in the market with their amount preserved, transaction services without influencing the central banks and governments. 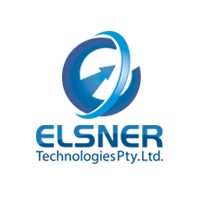 Elsner Technologies
Category: Mobile App DevelopersCompany about: We make sure that Mobile App Development in Melbourne, Sydney, Brisbane and across the Australia never remains a tricky job requiring a lot of time by our streamlined approach for the same as we value the time of our clients and know that how to make them happy by delivering each application as per their exact specifications without exceeding any deadlines. The multiple steps of our approach to best and affordable mobile app development services are as follows:
This email address is being protected from spambots. You need JavaScript enabled to view it.