Saudi Aramco, a one of the biggest firm in the world, alongwith 12 other investors, has invested 5 Million in blockchain trade platform, Vakt


Vakt has recently announced  that Saudi Aramco Energy Venture (SAEV), a state oil company of Saudi Arabia, has invested $5 million to become a shareholder in the company. Vakt has stated that its current shareholder base has 12 investors, who were the largest players of energy and commodities trading in the world.

It added that their investments would help Vakt in developing its platform.

According to reports, Saudi Aramco was not the first crude oil market that made a deal with Vakt. Earlier, it had partnered with the North Sea crude oil market where it remained active for a long time.

The Vakt is a platform that eliminates the paper-based process and manual accounting practices so that it could provide a smooth trade to the energy transactions .Regarding the investment, Hans Middleton, the managing director of SAEV Europe, has stated, "VAKT has demonstrated that their platform has the potential to www.cryptoknowmics.com/crypto/…tize-trade  what is currently a very manual process and be truly transformative to end-users and customers. Leveraging blockchain theory and applying it to the complicated world of post-trade processing, VAKT has made a compelling pitch to become an integral part of market infrastructure.

SAEV’s mission is to develop and deploy technologies into Aramco’s operations.

VAKT is an excellent candidate in this sense and we look forward to helping the company with its development.”

In December 2018, along with some limitations on the North Sea Market, Vakt launched its trading platform. In the year 2017, when the company was created, the two consortium leaders of the industry i.e., Shell and BP became the first users of the platform. 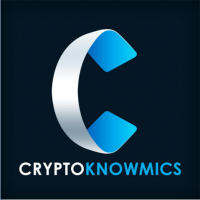 Cryptoknowmics
Category: Bitcoin - Cryptocurrency and FinTechCompany about: The Crypto News page by Cryptoknowmics has become the go-to source for both crypto enthusiasts as well as investors. It is because it covers an extensive range of information on all the developments taking place in the world of digital currencies. Backed by an experienced and dedicated staff, Crypto News delivers the most precise and up-to-date information from the decentralized world. Crypto News is committed to providing users with unadulterated news. Thus, it leverages unbiased information, i ...
This email address is being protected from spambots. You need JavaScript enabled to view it.