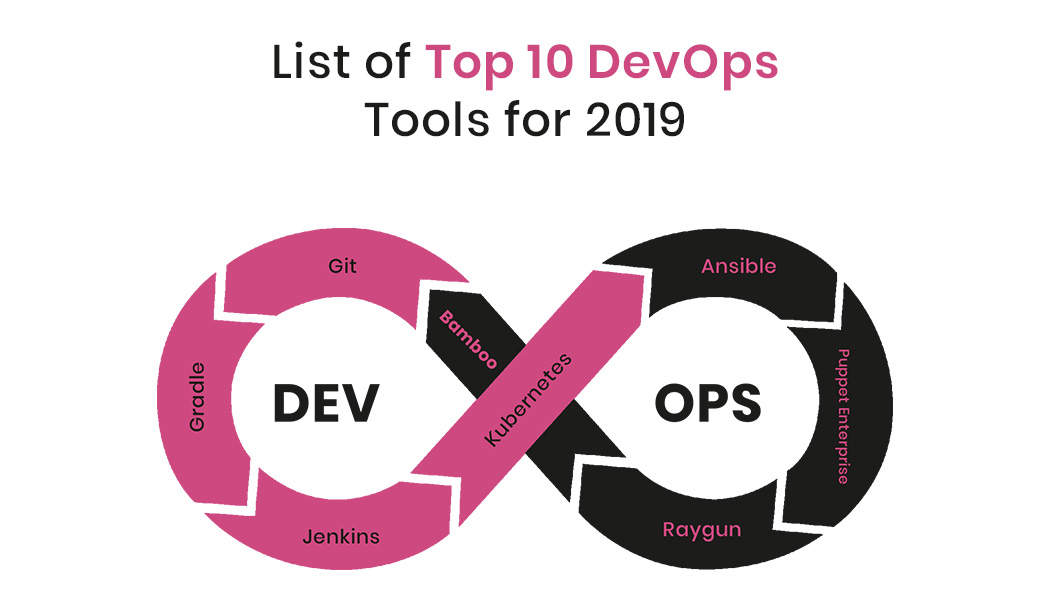 To help you find the right tool for your team, here are 10 best DevOps tools ranging from application performance monitoring tools to automated build tools.

For developers to manage their software development project, they need to have a versions control tool.

Git allows developers to track the progress of software development projects. Developers can save various versions of their source code and revert to previous versions when there is needed or when it’s necessary.

Git works greatly in experimenting since a developer can make separate branches and combine new features or functionalities only when they are completed and ready to go.

In integrating Git with DevOps workflow, it requires a developer to host repositories in which the team members are able to push their work or store their work. Presently, the best repo hosting services available are Bitbucket and GitHub.

With the former, it is famous, but the latter has unlimited private repositories intended for small teams made up of up to five members.

GitHub gives developers free access to only public repositories – which is also a great solution in handling various software development projects. Both Bitbucket and GitHub have great integrations.

For instance, a developer can integrate them with a team collaboration tool like Slack to make the team members receive notifications whenever a new commit has been made by a member.

A reliable build tool, Gradle has gained popularity steadily since it was launched in 2009. A developers DevOps tool stack needs to have a comprehensive build tool.

In the past, Maven and Apache Ant were the most profound automated build tools available in the market; however, Gradle has been taking a leading spot in the build tool market. Gradle is a very versatile built tool that allows developers to built their code in C++, Java, Python, and other programming languages.

It is also supported by various well-known Integrated Development Environments (IDEs) like Eclipse, Netbeans, and IntelliJ IDEA. Google has selected Gradle to be its official build tool within the Android Studio something that confirms that it is a reliable build tool that can be embraced by the big brands.

Gradle has a Groovy-based DSL used for describing builds while Ant and Maven use XML in configuration. Since Gradle team introduced a Kotlin-based DSL in 2016 developers can now be able to write their scripts in Kotlin too meaning that there is some learning curve in this build tool.

It is very important that you learn Kotlin, Groovy, and other JVM languages in order to be able to seamlessly use Gradle.

In addition, Gradle utilizes the repository format for Maven meaning that dependency management is familiar if a developer has prior experience in working with Maven. Developers using Gradle are also able to import their Ant builds.

An incredible thing about Gradle is that it offers incremental builds since they help in saving compile time. The performance measurements of Gradle show that it is very fast – up to 100 times faster compared to Maven.

The cache of the build reuses tasks outputs and the Gradle Daemon maintains build information hot within memory in-between builds. In essence, Gradle ensures faster shipping of software code and has many configurations.

When using Gradle, a web development agency ensures that it resonates with your website development needs including the development of the app or system and delivery.

A preferred DevOps automation tool, Jenkins is used by many software development teams. Jenkins is an open source CICD or CI/CD server allowing developers to automate the various stages of their delivery pipeline.

CI/CD refers to the combined practices of Continuous Integration and Continuous Delivery or Deployment.

The main reason why Jenkins has become popular is because of its extensive plugin ecosystem. Presently, it has more than 1000 plugins meaning it can smoothly integrate with most DevOps tools you find in the market like Puppet and Docker.

A web development company in India can set up their CI/CD pipeline and customize their needs so that the build, testing, and delivery are done is an effective manner.

Again, developers find it easy to get started with the build tool since it can operate out-of-the-box on operating systems like Mac OS X, Windows, and Linux. It is also easy to install it with Docker.

Using a web interface, it is easy for a developer to set up as well as configure their Jenkins server. For first time users, they can consider installing it using the commonly used plugins.

Jenkins allows developers to iterate and deploy novel code as soon as possible. Besides, it allows the developers measure the success of every pipeline step.

As a container platform, Docker was launched in 2013 and is thought to be among the most reliable DevOps tools you can find out there. It has allowed containerization to become popular within the tech industry because it allows distributed development while also automating the deployment or delivery of developer apps.

Docker separates applications into different individual containers making them to be easily portable and secure. Apps of Docker are also independent of operating systems and platforms.

Instead of using virtual machines like VirtualBox, a developer may use Docker containers.

One thing developers find interesting about Docker is that they don’t have to bother about dependency management. All dependencies can be packaged within the container of Docker app and the entire thing shipped as an independent unit.

A developer can then run the Docker app on any platform or machine without having headaches. The container platform integrates easily with other platforms like Bamboo and Jenkins.

Using Docker alongside these automation servers allows faster delivery workflow. Most cloud providers like Google Cloud and AWS have added support for Docker.

It’s also easy for you when you want to migrate from one cloud service to another.

Bamboo and Jenkins are famous DevOps tools used to automate developers’ delivery pipeline whether it is builds or deployment. While Jenkins is considered an open source platform, on the other hand, Bamboo is a paid platform.

Depending on your goals and budget, you can opt for Bamboo because it has numerous pre-built functionalities, which are manually set up in Jenkins. Also, this is the same reason Bamboo has few plugins only about 100 or so compared to 1000 plus for Jenkins.

Moreover, Bamboo smoothly works greatly with other Atlassian products like Bitbucket and Jira.

A container orchestration platform, Kubernetes takes containerization to a higher level. Although very new having been released in 2015, Kubernetes offers a better solution to container management.

Developers can group their containers into logical units using Kubernetes.

Container orchestration may be needed if a developer has few containers. Kubernetes allows developers to automate the process of managing many containers.

A developer doesn’t have to tie their containerized apps to one machine; they can instead deploy it within clusters of computers. Kubernetes will allow the automation container distribution and scheduling within the entire computer clusters.

Being a configuration management tool having similar features to Chef and Puppet, Ansible can be used to configure a developer’s infrastructure as well as automation of the delivery process. The main selling point of this DevOps tool is its simplicity.

It is easy to use and employs a similar Infrastructure As Code (IAC) approach to Puppet. But the difference is that it utilizes very simple YAML syntax.

Another feature of Ansible is its agentless architecture. There are no agents or daemons that run in the background.

It is also lightweight and a secure solution for configuration management automation.

Another configuration management platform, Puppet Enterprise works in different platforms. It allows developers to manage their infrastructure as code.

A developer can deploy software in a faster and secure way since this configuration management platform automates the infrastructure management process. Although Puppet offers an open source tool that developers can use in smaller projects, in case of a larger infrastructure for software development, the developers can take advantage of extra features such as real time reports, node management, and role-based access control.

Custom web development services using Puppet Enterprise can manage numerous teams and many resources. Puppet has an upper hand when compared to other configuration management platforms in that is comprises in excess of 5,000 modules while being able to integrate easily with popular DevOps tools.

A first-class error monitoring as well as crash report platform, Raygun DevOps tool allows developers to diagnose issues with performance of software and track them back to find the specific part of code or API or function that needs to be revisited. The Application Performance Monitoring (APM) tool of the Raygun’s error monitoring tool fits well with its workflow of the error management.

For instance, a developers team can automatically identify their highest priority problems while also being able to create issues for them. A developers team is always notified of a problem in their software development process using the APM tool.

Among the popular free as well as open source DevOps tools used for monitoring errors is Nagios. It allows developers to monitor their infrastructures allowing them to identify and fix problems quickly.

Using Nagios allows you to record events, failures, and outages. It also helps developers to monitor trends using the tool’s reports and graphs something that ensures easy forecasting of outages and detection of security threats.

Nagios also has a rich ecosystem of plugins. The DevOps tool has been around since 2002.

In a nutshell, there are many DevOps tools a web development agency and software development teams can use in building, tracking, monitoring, and deploying software products or apps. It takes testing and experiments to find the right DevOps tool that will work for your specific project.

ExpertsFromIndia
Category: Software DevelopersCompany about: Established in India in 2003 and having collaborated with 1000+ clients around the world, Expertsfromindia.com, a Trademark of Cyber Infrastructure (P) Ltd, is one of the most professionally recognized software development companies having tremendous experience in developing custom software and applications for industries like manufacturing, automobile, transportation, gaming, music and many more. We are focused on our clients, and help them transform their ideas into working software products, ...
This email address is being protected from spambots. You need JavaScript enabled to view it.