Looking to give life to your idea, then approach Auxano Global Services, the best mobile app development company and hire a dedicated developer to see your app thrive.

The most renowned and leading mobile platforms are Android and iOS for programming. The application market is growing at a breakneck pace. The reason is easy to understand because about half of the world population utilizes smartphones in their daily lives for communication, entertainment, traveling, and financial operations.

Due to this today, most of the companies prefer mobile application instead of websites.

Let's do the reality check first:

First of all, let's begin with some surprising stats that shows the popularity of smartphones. As per the Statista forecast, the number of smartphones will reach approximately 16.8 billion by 2023, which indicates the rapid growth of smartphone users. 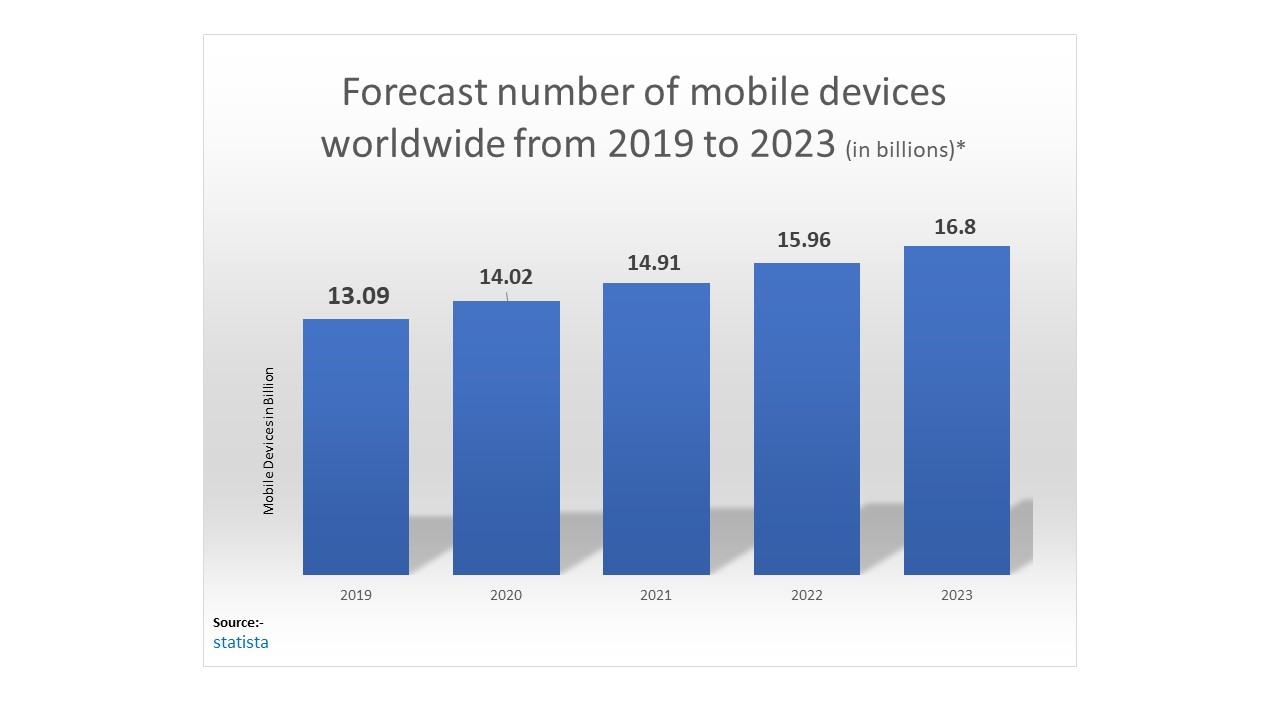 While in contrast, 74% said when they feel bored, they open an app on their phone. Also, 63% Millenials said they instantly respond to the notifications. 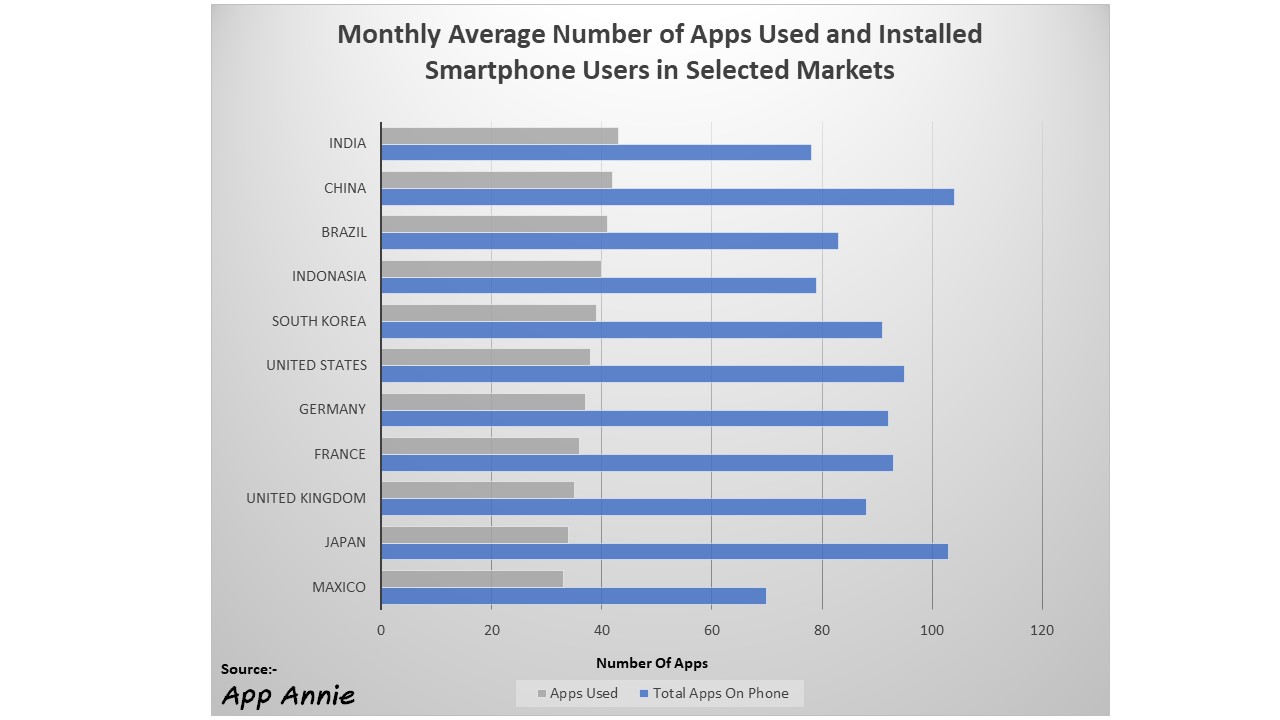 Due to the popularity of gadgets and apps, the demand for various mobile applications has grown. Nowadays people want maximum comfort in everything which became possible with mobile apps.

At present, you can do almost everything through your phone: from sending money miles away to your family to get food on your doorstep. Another survey shows that on an average a user has 80-90 apps installed on a smartphone. 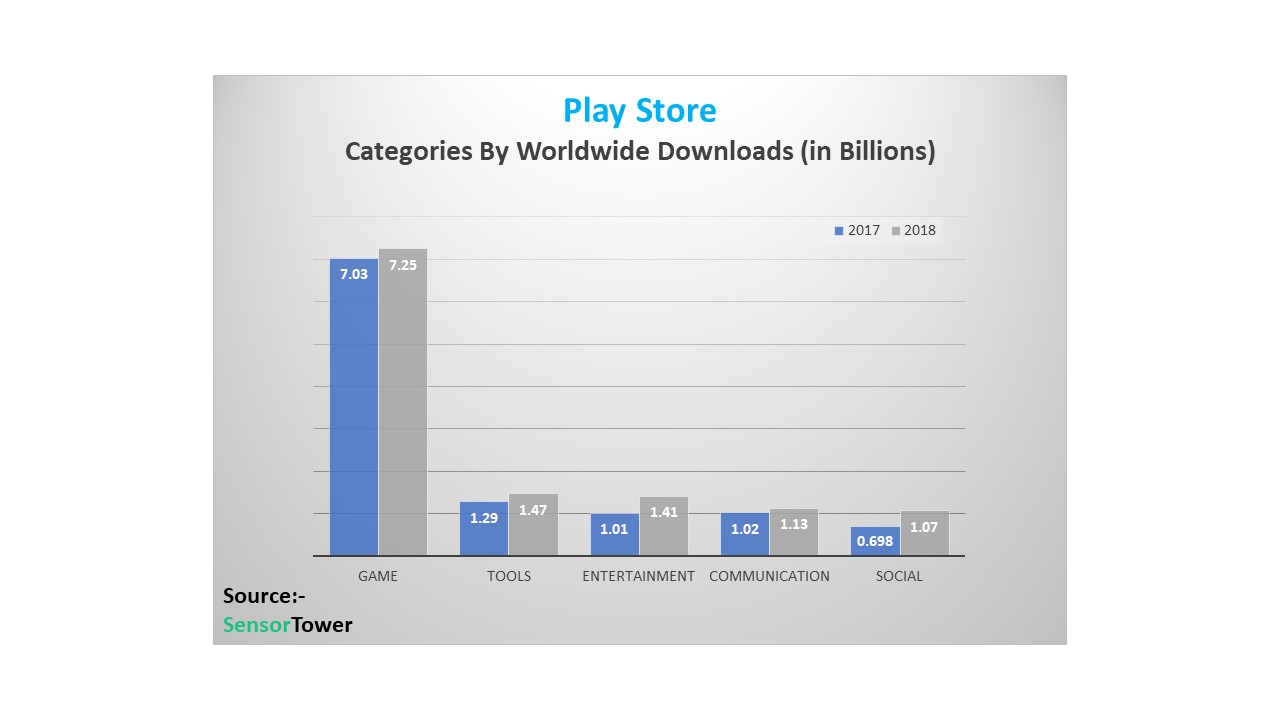 The most popular app categories are: 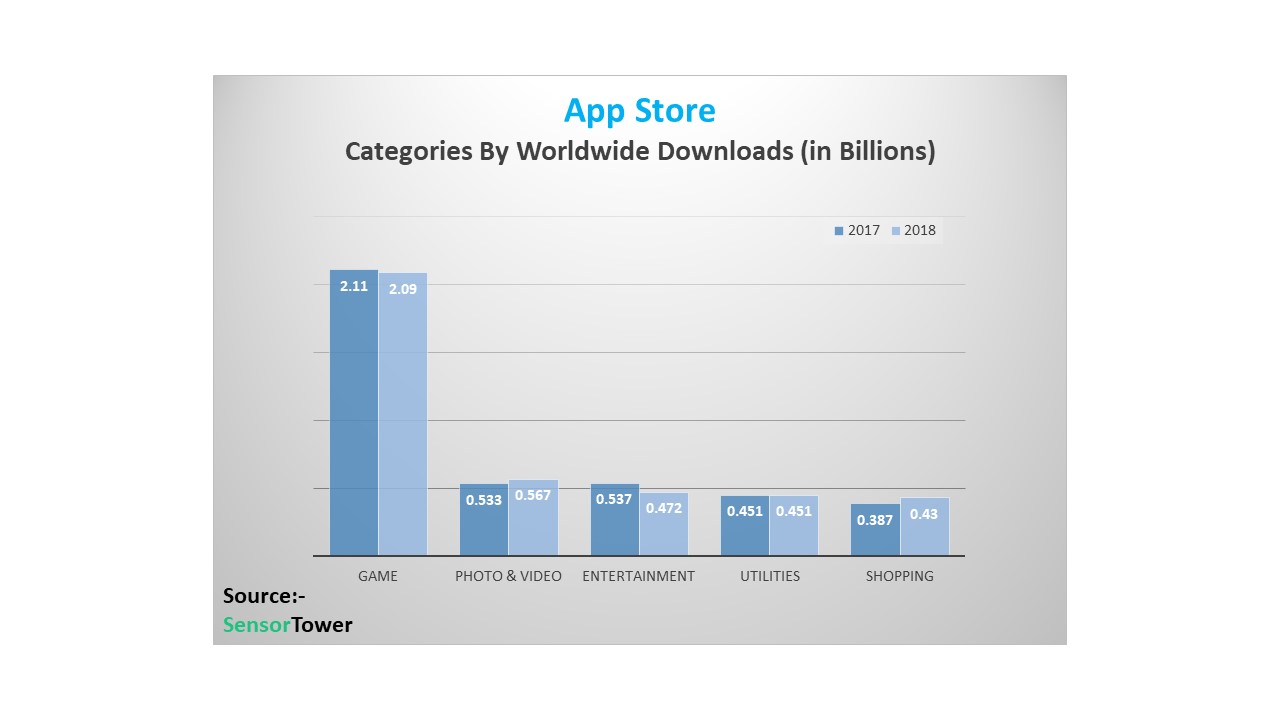 Why your business needs a mobile app?

If you want to make your business visible and competitive, just having a user-friendly website is not enough. Most of the established and startup companies have built their mobile apps to make it easier to access their services through smartphones.

Mobile apps have the potential which can improve your company's performance by forging the path towards success. Companies who still don't adopt apps and mobility are likely to lose in the market in this digital era. Those companies who adopt apps, and make it a part of their business, as well as their development strategy, get a lot of advantages.

Reasons why should you consider developing an app for your Business

Mobile apps help you enhance your business to the next level through analytics. You can collect the company's data through an app and receive it in real-time. It helps in evaluating the internal process and offers you compelling insights which help in making critical decisions.

Applications enable a business to be innovative, to render up-to-date solutions to the users, to satisfy users' needs, and it also allows in improving operations with the help of feedback. Applications not only facilitate firms to respond to the existing tech and business difficulties but also inspire businesses to try innovative approaches.

One of the most critical factors behind this application trend is Automation. It helps in simplifying business operations and helps in saving time as well as cost.

We are living in a modern era where life is full of hustle, and the users prefer to make a purchase online from anywhere. Mobile apps empower users to make payments from anywhere, which makes users life much easier than standing in a long queue for completing a transaction.

Here are the top mobile app development programming languages that can help in getting fully functional apps:

Java is easy to learn and was designed to easy to write, compile, debug, and learn than other programming languages. Its object-oriented features allow you to create modular programs and reusable code.

Java is a platform-independent language which allows you to move easily from one device to another. Furthermore, the advantage of Java is that it has a standard library of frameworks which is regularly updated. So if you want to go for android app development, then Java is still the best choice. Get in touch with a leading Android app development company and give shape to your ideas.

Swift uses strict object typing, which minimizes the number of bugs at the stage of writing code. It also contains modern features such as closures, generics, multiple return values, and many more, which makes the mobile app development process more flexible.

The basis of the new iOS app coding language was the existing compiler, debugger, and frameworks. It uses the incredibly high-performance LLVM compiler technology and transforms the code into optimized native code that gets the most out of the modern hardware. So you must also build an iOS app for your business to reach the next level connect with the best iOS app development company now.

Kotlin is an object-oriented and a static type programming language that is interoperable with JVM (Java Virtual Machine), Java libraries and Android.

Google announced in IO 2017 that Kotlin would be officially supported program added to Android Studio. Apart from Android apps, Kotlin is also valuable for server-side and web apps. Build your own app with the help of our Kotlin app development Company expertise and turn your business to the revenue-generating app.

Kotlin is compatible with Java as it doesn't cause any performance loss, as a result, the file size does not increase. It requires less additional boilerplate-code, which makes it, even more, easier to read. Creators of Kotlin managed to dodge null point exceptions, and the compilation is no longer interrupted due to little mistake such as forgotten symbol. According to Android app developers after Java Kotlin is the best programming language for mobile app development.

Python is also an object-oriented, interpreted, a high-level programming language with dynamic semantics. Its high-level built-in data structure, combined with the dynamic typing and binding, which makes it perfect for rapid application development.

In this era, bots have certainly gained undoubted popularity, and Python helps you create these bots. This language is widely used in other areas such as Machine learning. Besides, it is easy to learn for beginners and has numerous libraries with easy to read syntax. Python is a coding language that is used for both iOS and Android as the code works perfectly in any OS.

One of the significant features of this framework is the ability to use a graphical interface on all the operating systems. Get a fully-fledged mobile app in Python with the help of our app developers. It contains a free equipped library with its tools. To avoid the stereotypical outlook, you can also change settings and can create your customized interface. Hire Dedicated Developers from Auxano Global Services and shape your business.

React Native app development is also one of the best choices of app developers when it comes to cross-platform app development. As the name suggests, React Native is based on React, but it doesn't target the browser. Instead, its main target is mobile platforms.

React native currently used for cross-platform language because most of the code written in React Native can be shared between platforms, this language makes it easy to develop simultaneously for both iOS and Android.

React Native translates your markup to real, native UI elements while taking advantage of existing means of rendering views on whatever platform you are working with. It lets you build your app faster. Rather of recompiling code, again and again, you can reload your app instantly.

Nowadays having a smartphone is no longer a privilege, but it has become a necessity. People now use mobile apps more often and prefer to simplify their day to day routine through these apps. This is the reason behind the rapid growth in mobile app development.

It is difficult to figure out the best language for creating mobile apps. Hence before choosing one, explore the main features each language offers and compare it with your requirements. Find out the perfect fit for your business needs or contact us to be your technical partner through your app development journey.

Auxano Global Services is one of the leading mobile app development companies in the industry. Our app developers have the know-how to transform your idea to a revolutionary app. Hurry up before someone else also starts working on your idea. Reach us and see your business thriving.

Auxano Global Services
Category: Mobile App DevelopersCompany about: Auxano Global Services, the top mobile app development company has an expert team of professionals who understand your project requirements, scope and map it with the latest technology stack. For the past five years, we are in this business, and we know how it works. Our team of app developers excels in crafting the most exceptional mobile applications with a complete range of app development, consultation, and designing services. At Auxano Global Services, we outshine in customizing cross-plat ...
This email address is being protected from spambots. You need JavaScript enabled to view it.