Recent years were really signalized by the rise of the artificial intelligence, which is now proven to be the most monumental technology on the market. Not only computers are learning more and learning faster, but also we learn more about how these computers work. 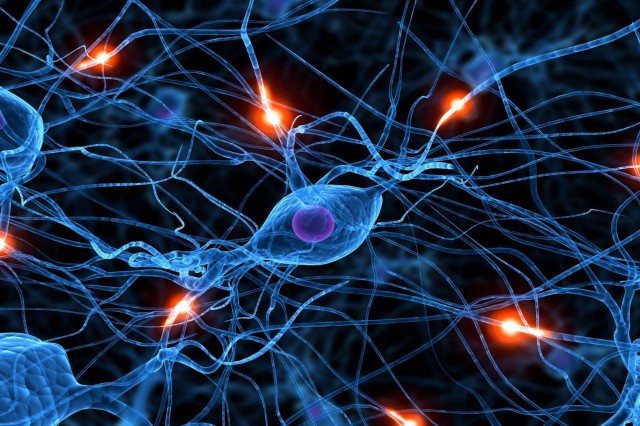 Nowadays computers can do a lot of things better than humans like instantaneously retrieve a web page, but there is something that computers can only dream to understand, and this is our brain. And this is not a surprise taking the fact that we as humans do not fully comprehend how our brain works.

In order to bring computers closer to the work of the human brain and help them think and reason more like us, artificial neural networks (ANN) were born.

Artificial neural networks are relatively crude electronic models that are based on the neural structure of the human brain.

They are one of the most important tools used in machine learning. The word “neural” hints that these brain-inspired systems tend to mimic and replicate the human brain.

These are the perfect tools for finding numerous complex patterns, which would be difficult for a human programmer to do manually.

Human networks were first developed in the 1940s, but only recently they became stable in an artificial intelligence technology. This became possible thanks to the new technique called “backpropagation”, which allows networks to adjust their hidden layers of neurons in situations where the outcome does not match the initial task.

These biologically inspired methods of neural networks are considered to be the next big breakthrough in a computer industry. Just imagine that even animal brains, that are far less developed than ours, are capable of functions that computers cannot process.

Programs can do rote things easily, like performing complex math calculations. But they fail at recognizing even the easiest patterns, and cannot apply the knowledge of the previously learned patterns to the new ones.

But modern advances in both technological and biological researches promise a better understanding of a natural thinking mechanism.

Most of the artificial neural networks are permanently connected with each other, from one layer to another. These type of connections have their own weight - the bigger the number of the unit, the bigger the influence it has on another unit, similar to how our brain works.

While data goes through one unit to another, the network becomes more and more knowledgeable of this data. Output units are located on the other side of the network and this is the place where the network responds and process all the new data.

After that, every output is being labeled and researchers use the backpropagation to fix all the mistakes that could have happened during the process. After several attempts, the network can carry out its own classification tasks without the need of humans helping every time.

The work of the cognitive neuroscientists cannot be underestimated since in the recent years they have made some significant steps forward in exploring how the human brain works. We are currently miles away from the times when computer scientists were trying to apply neural networks for the first time.

One of the new discoveries states that the different parts of the brain are responsible for different aspects of information and furthermore these parts are constructed hierarchically. And this is exactly what artificial neural networks are trying to replicate: with input coming into the brain while neurons provide insight until the data is getting transferred onto the more senior levels of the brain.

Artificial neural networks are trained by receiving huge chunks of information elaborately fed by AI developers . This process is called a training set.

If you want your system to differentiate two objects from one another (let us say a car and a plane), the training set will be providing materials regarding only the first object. When a significant amount of data has been processed, the system will now try to classify any future data given, based on what computer thinks is it.

Throughout the whole training period, the output of the system is compared to ones that human provides. If the results match one another, the system is considered viable, if not - it is back to square one.

Only this precise level of learning, known as deep learning, is something that makes neural network become as smart as humans.

What can it do

ANN already proved itself as a technology that can gain various viable results in a rather short period of time. From generating realistic CGI faces to making cars drive autonomously on the road, to fraud detection, to machine translation and reading our minds.

It can even recognize the trespassing cat intruding your garden and drive him away with the automatically turned on sprinklers. Talking about more serious matters, Facebook uses artificial neural networks for its DeepFace algorithm , which can recognize a certain face with a shocking accuracy of 97%.

Google uses a 30-layered ANN to power Google Photos as well as to power their YouTube video recommendation system. And do not forget artificial neural networks that Skype uses to perform real-time translations.

Broadly speaking, however, neural networks are designed for spotting patterns in data. Tasks here include clustering, which means classifying data into different undefined categories, classification of data sets into predefined cases and also a prediction, which is simply the use of past events in order to guess the future ones.

I believe you should now have a basic understanding of what is going on with the state of neural networks in artificial intelligence. Neural networks are powering almost everything we do and use, including language translation, picture captioning, animal recognition, text summarization and a variety of other things you can only think of.

You are sure to hear about ANN in the future, and with the knowledge you have to know, you can start thinking about how it can benefit your business.

Elinext
Category: Software DevelopersCompany about: Founded in 1996, Elinext brings in its perennial expertise in software development and IT-consulting domains focusing on providing full cycle software development services: the analysis of requirements and specifications, architecture planning, coding and testing with further integration and product support.
This email address is being protected from spambots. You need JavaScript enabled to view it.