The use of the latest engine is helping the developers to build a high-quality and realistic game. With time VR games are creating its own significant space in the game industry.

For outstanding VR games, developers are utilizing trendy gaming engines. In the market, the unreal engine is one of the finest game engines for the best results.

It is considered as a suitable game engine with advanced features. The unreal engine focuses on the functionality with the utilization of virtual reality (VR) and augmented reality (AR) technologies. This helps the players to experience the realistic game using devices and accessories. The features of the Unreal engine to develop realistic games

These days game companies of big and small size are using an unreal game engine to craft immersive games. The advanced feature of the Unreal engine helps to design and create a realistic game for the users. The Unreal game enginehelps developer to develop games for the mobile as well as desktop.

The readiness of pre-made assets:

Unreal Engine Marketplace applies strict guidelines for the developers to ensure the quality of available content is not compromised. This gaming Engine provides access to a wide variety of existing assets in the marketplace. It is efficient to utilize pre-made assets to achieve photo-realistic rendering images for the game.

The vital part of Unreal Engine is a visual scripting language i.e.; Blueprints. It differentiates the unreal engine from others. This language can be used as an alternative to a native C++ programming language. This is aimed to facilitate rapid prototyping without requiring advanced programming skills.

The visual effect of images is a key factor in selecting the unreal engine. The rendering and realistic effects offer the game developer to engage the users. Using this engine developer can relate their game images as if captured from the real world. This is the reason why the games developed using the Unreal engine get a high demand in the market. Thus, the unreal engine redefines the game development in a better way to develop photo-realistic games for the users.

The engine is cross-platform:

Games developed with Unreal Engine helps the developer to export the game to mobile platforms such as Android and iOS, game consoles, and also as HTML5 pages. Apart from that Unreal Engine support Windows, macOS, and Linux. As a cross-platform, it also supports Linux for running experiments by the developer.

The Unreal Engine shows compatibility with a wide variety of external software in the industry. Thus, this helps the developers to develop familiar game applications. Apart from that, the unreal engine supports common file formats or direct communication with the other software.

An unreal real engine is a high-end game engine to create amazing mobile games. Game developers always consider a game that fulfills their advanced requirements. Thus, Unreal Engine offers all required featured tools to transform ideas into real games. The latest version of Unreal Engine let the realistic game goes beyond the imagination of the user as well as the developers.

Quytech has a team of unreal engine developers who can create incredible 2D/3D content for Unreal Engine applications and experiences. 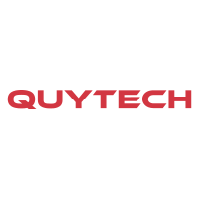 Quy Technology
Category: Mobile App DevelopersCompany about: Quytech is an award-winning Mobile Apps / Augmented Reality / Virtual Reality / Artificial Intelligence, Blockchain and Game Development Company having an extensive experience of consulting developing various Immersive &amp; Mobility solutions which are being used by the number of customers globally across the industry. We are working with various industries including eCommerce, healthcare, Training &amp; Development, Retail, Real-estate, Entertainment, Education, Manufacturing, FMCG and many m ...
This email address is being protected from spambots. You need JavaScript enabled to view it.