A team of Queensland firies has ignited the interest of emergency response teams from around the world, after using cutting-edge mapping technology to tackle a catastrophic problem from the dark ages.

The Queensland Fire and Rescue Service (QFRS) members were leading an Australian contingent of senior emergency response personnel in Switzerland, where teams from more than a dozen nations gathered to ‘recreate’ a 7.1 level earthquake that destroyed the Swiss town of Basel in 1356.

The Australian group used online Geographic Information System (GIS) technology from intelligent mapping specialists Esri Australia during a challenge to determine how the city would fare if the natural disaster were to occur again in 2013.

QFRS Executive Manager of Operational Capability Stephen Smith said the technology, known as the Rapid Damage Assessment system, was the only electronic solution used during the challenge.

“During the earthquake simulation, we used it to answer crucial questions emergency response would face if the disaster struck today.

“These include where to deploy rescue workers, how to prioritise responses, how to make the most of the infrastructure that is still intact and where to set up community recovery centres.”

Mr Smith said the system provided the team with an accurate and timely visualisation of what was occurring on the ground following the earthquake.

“No-one else had this approach, and by enabling us to instantly map and assess damage, the GIS technology gave our Australian contingent a distinct advantage over the other teams,” Mr Smith said.

“It allowed our decisions to be a lot more rapid and informed.

“They were impressed with how data could be quickly captured, processed and then visualised at the highest command levels in a very meaningful way.”

“We certainly demonstrated that GIS technology vastly improves the coordination of personnel and resources, which can save people’s lives in a natural disaster,” Mr Smith said.

The QFRS will present the results of the Basel trip and further use of GIS technology in Brisbane next month at the nation’s largest spatial event, Ozri 2013.

“Now by using cloud technology, we can input disaster information sourced from outside our own government networks – such as water inundation levels or the extent of damage to infrastructure in foreign cities.

“This enables Australian emergency services to develop powerful visualisations of what is occurring on the ground during a natural disaster half a world away, and use this to assist other nation’s response teams.

“The key challenge now is to determine how to fully integrate our system with other countries’ networks and processes.”

Mr Smith said without GIS technology, QFRS staff would have to manually analyse different coordinates to get a true sense of the impacts of a natural disaster at exact locations.

“With this technology, we don’t have to drill down deep into manual data for damage assessments during recovery phases,” he said.

“A detailed picture of what we’re faced with is sitting right in front of us at our fingertips, and we can share that information instantly with other government agencies and local councils.”

Ozri 2013 will run from 4-6 September at the Brisbane Convention and Exhibition Centre. 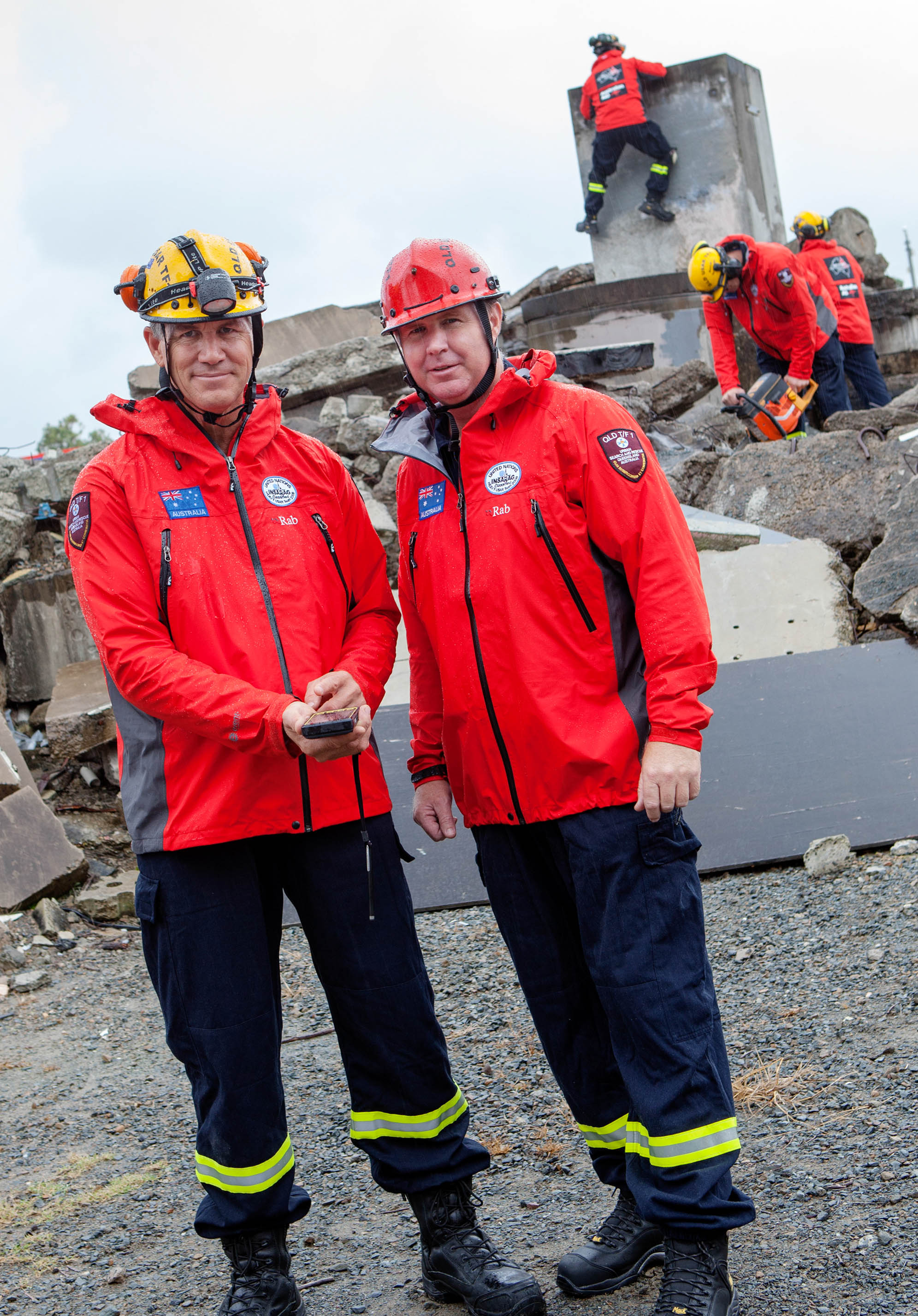 CAPTION: Queensland’s firies test out their mobile GIS technology at the Port of Brisbane training facility.