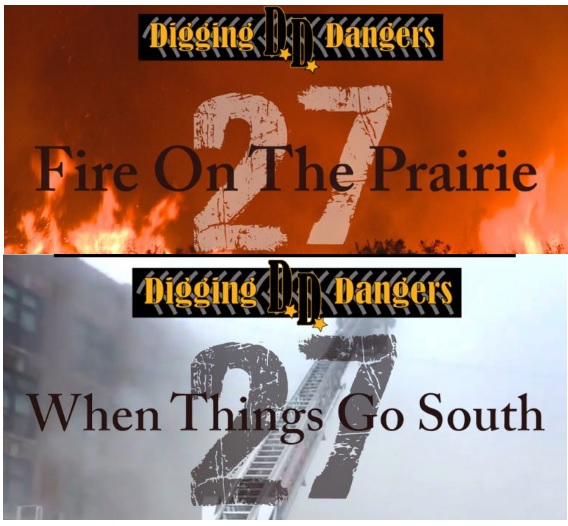 It’s been a while – three years in fact - since we looked at Digging Dangers – the annual video produced in the US to highlight the often spectacularly disastrous consequences of excavating without full information on all buried infrastructure.

The good news is Digging Dangers is still going and Digging Dangers 27 has just been released. The bad news is that there seems to be no shortage of content: spectacular and damaging consequences when underground gas pipes are ruptured by excavators. This year in fact there appears to be enough content for two DVDs: Fire on the Prairie and When Things Go South.

When Things Go South has on-site accident footage from explosions in Omaha and Seattle, but it’s also an instructional video with information on how a contractor should respond to a gas leak, how to detect a gas leak, and why calling 911 is important.

Meanwhile delivery has moved with the times.

Digging Dangers is still available on DVD, but the primary delivery option is simply a download. That costs $US119.95. The DVD is an optional extra for $US19, and you can also get it on flash drive for an additional $US24 above the download price.The entire back catalogue of Digging Dangers 1-26 is also available, on DVD only.

But back to Digging Dangers 27, and poetry. The video takes its title from, and uses for voice-over, the poem PrairieFire by Edmund Ford Piper. Piper died in 1939. He wasn’t writing about exploding gas pipes but is words graphically describe the results when gas explosions occur in dry prairie country. (As the video explains the Prairie State — Illinois — was hit particularly hard by such events in 2016)

Surprised us, speeding from the north. Men hurried

With water and wet cloth for beating flames;

And at the furrows kindled wavering lines

Of backfire that must eat against the wind.

To meet the blaze racing through delicate grass

The flame rose yards, and the counter-fire leaped

Whirling, and their red wings embracing lifted them

Into the roaring smoke.

From this lyrical recital the audio segues into the frantic voice of a woman calling 911. “Mayday! Mayday! Mayday!” It then relates how one house damaged by explosion following a gas line fracture in 1999 was damaged by another explosion in 2016!

As the narrator of the video says: “There are many challenges standing in the way of zero damages. These graphic videos are a reminder to all involved of the importance of meeting those challenges.