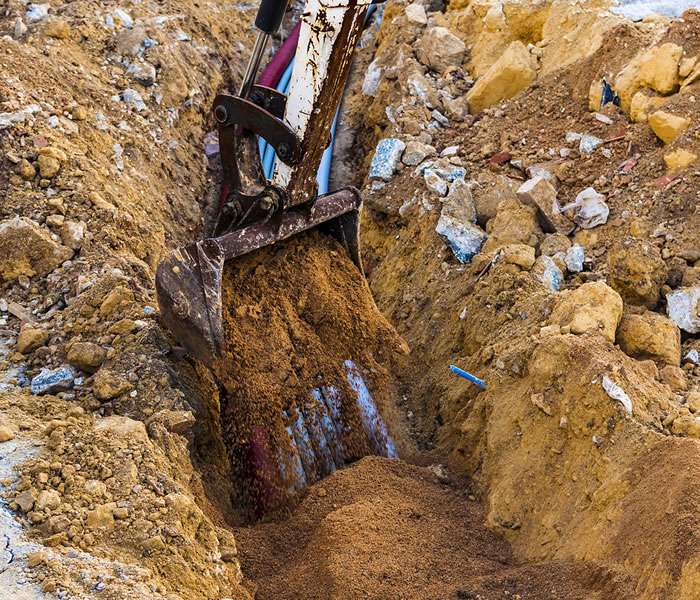 On 4 April 2016 in the Upper Hutt District of New Zealand found that, contracters were working to remove contaminated topsoil from the site of a new residential property development.

Running through the area was an unused 240v overhead power line; the properties it once served had been demolished long ago.The line was in a sorry state: some of the supporting poles were decrepit: the neutral wire was broken, the insulated phase wire sagging.

The project manager told the contractor that he thought the 240v line had been disconnected, but was not sure, so the line should be treated as live.

The general manager decided that the contaminated soil could be removed without encroaching into the mandatory four-metre exclusion zone around the line.

However, the boom of an excavator struck the line and became entangled with the phase wire.

The driver got out his cab – which was the wrong thing to do.

The general manager was not on site at the time and after ascertaining there had been no sparks but being unable to contact the electricity company instructed a worker to cut the cable with a pair of insulated cutters, which was done.

A technician from the electricity company eventually arrived and pronounced the line live at 240v!

The contractor pleaded guilty in the Hutt Valley District Court to an offence under the Health and Safety at Work Act 2015 and was fined $NZ90,000.

The company got off very lightly: nobody was killed or injured and it could have been fined up to $NZ1.5m under that act (it had come into force on the very day the incident occurred. Under the previous act the maximum fine would have been $NZ250,000)

And it was no thanks to the contractor that the worker who cut the cable was not killed. The court’s judgement said: “The fact that he used [insulated] cutters was a credit to his own common sense; these were not provided by Dimac nor did Dimac instruct him to use any particular tools to cut the lines.”

The court’s judgement spelt out numerous failings by the contractor:

The judgement said: “In summary Dimac failed to ensure the health and safety of its workers both before the work began, either by eliminating or at least minimising the hazard, and after the pole fell by failing to ensure its workers kept away from the line until professional advice was obtained.”

So how was the fine of $NZ90,000 arrived at? You can read the judge’s lengthy discussion on this in the judgement. Suffice to say that he set an initial figure based on the seriousness of the offence of $NZ650,000 then discounted this because of a number of mitigating factors.

The final figure was set on the basis that any higher would have driven the contractor insolvent.