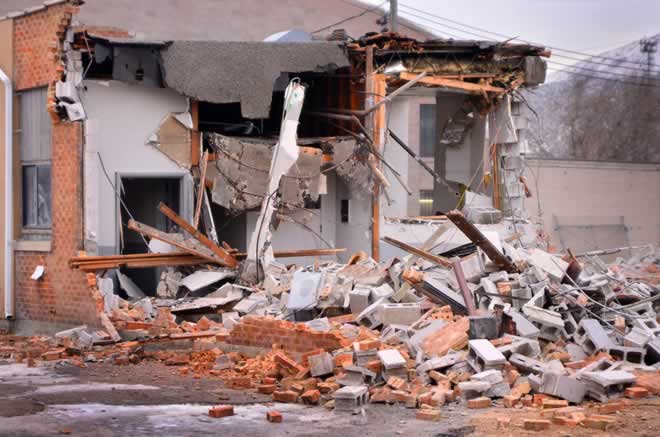 The resulting explosion destroyed a Camby house, and also caused significant damage to the reputation of Vectren, which had failed, as required under Indiana law, to mark the location of its gas pipes in response to a request from the contractor, which had used the One-call service to get information on the location of infrastructure in the area it planned to work.

This, it transpired, was not the only instance in which Vectren had failed in its duty to mark the location of its pipes when requested to do so.

Following the incident, an investigation and action by the Pipeline Safety Division of the Indiana Utility Regulatory Commission (IURC) Vectren has agreed to pay $4US00,000 for the Camby explosion … and $US336,000 for hundreds of other violations.

According to the order from the IURC, "Vectren failed to timely locate (within two full working days) its facilities in at least 148 instances in 2016 and 162 instances in 2017."

Nor were these the first fines that Vectren had copped over inadequacies and inaccuracies in its pipeline location regime.

The IURC report said its Pipeline Safety Division had investigated over 725 Vectren-related at-fault excavation damage cases since the One-Call Law was amended in 2009, and these violations had resulted in it levying over $US725,000 in civil penalties against Vectren for violations that occurred prior to August 2017.

However while it might appear that Vectren has been lax in the protection of its underground infrastructure from damage, the IURC report showed the challenges it faces.

A Mr Allen from the IURC's Pipeline Safety Division said it was unlikely an operator of Vectren's size, which receives hundreds of thousands of locate requests annually, would have zero at-fault damages.

He said, that, over the last few years, significant improvement had been made in Vectren's locating performance but it was critical that more be done.

A Mr Steele from Vectren detailed some of the steps Vectren has taken to improve its performance. He said Vectren had invested $US12.8 million converting its pipe location maps to Esri digital mapping technology and had put electronic maps in the hands of crews on laptops in their trucks and on their phones, and trained more than 500 field staff.

He said this information is updated daily and available to Vectren employees, contractors,and locators in the field and in the office through multiple tools.