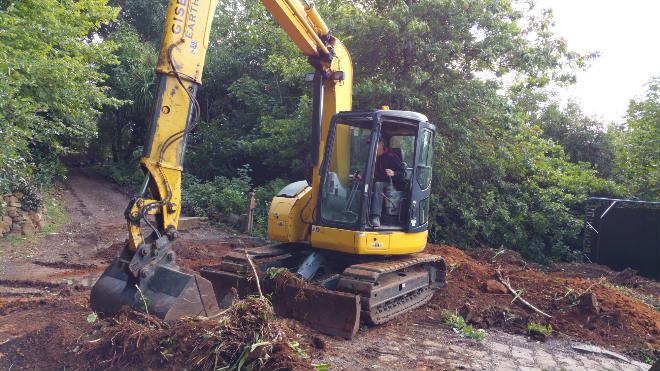 In the US April is once again National Safe Digging Month when owners of underground infrastructure and others back events around the nation to raise awareness of the national Dial-Before-You-Dig service, which is available to anyone in the US by dialling 811.

National Safe Digging Month is formally recognised by the US House of Representatives and Senate and has traditionally earned the support from nearly every state governor across the country.

It's a much-needed initiative. According to the Common Ground Alliance, the national association that promotes the 811 phone number and safe digging practices, every six minutes in the US someone damages an underground utility line because of digging without first calling 811. This means that more than 200,000 underground utility lines are struck each year in the United States. And 35 percent of all US digging damage results from people not calling 811 before digging.

Another frightening statistic is that 45 percent of US homeowners surveyed said they would not dial 811 before digging on their property. One report pointed out that, extrapolated to the full population of US homeowners, this means that approximately 38.6 million people will dig this year without first having underground utility lines marked.

National Safe Digging Month has been held every year since 2007.

There are numerous initiatives during the month, including a dedicated Facebook page https://www.facebook.com/NationalSafeDiggingMonth. There's a website http://safedigging.me  where members of the public can dig virtual holes in the hope of finding a prize at the bottom. They can dig only one hole per day. As of 16 April 130,000 virtual holes had been dug. Prizes include an Apple iPad Air 2, GoPro Hero 4, $100 Amazon.com Gift Cards and "a secret prize we can't reveal that will absolutely make someone's week!" the competition page said.

In other initiatives, Atmos Energy Corporation, which distributes natural gas in Colorado, Kansas, Kentucky, Louisiana, Mississippi, Tennessee, Texas and Virginia, launched a “Yard Rescue 811” contest. Residents of its service areas were invited to submit a photo of their yard - which could be a home, church, school or business - and ask friends and family to vote for it on the Atmos Energy Facebook page. The photos garnering the most votes in each state that Atmos Energy serves will win a $2000 prize.

Marathon Pipeline, which operates oil pipelines across large swathes of the US, sponsored a poster contest for children. They have been invited to create a poster to raise awareness of the 811 service. The best poster will win a $50 prize.  Marathon has also, since 2013, produced three humorous videos that feature an exchange between actor John Ratzenberger and his neighbour 'Joe'. “While undertaking a do-it-yourself project, Joe finds out the hard way that 'safe digging always starts with a free call to 811'.”