“If you don’t pay attention to what has your attention, it will take more of your attention than it deserves” Quite a wordplay by David Allen but it holds a significant value when it comes to today’s era of Remote working. The crucial details, the privacy and security of data requires undivided focus to avoid any future debacles.

Today, Remote working is not a vision for future, it has become the current scenario. With many organisations switching to work from home for specific roles, remote jobs opportunities are on the rise.

With Businesses and consumers adapting to smart devices at a rapid pace, the need for security is a growing concern for the organisations, especially with an ever-increasing number of remote workers accessing the corporate system from homes that are connected to IoT (Internet of Things). According to Avast Smart Home Report, 2019; of all the digital household devices at least four in ten are vulnerable and are often the source of entry for the hackers leading to attacks such as blackmailing by spying and data breach.

The need for security

Internet connected devices despite being beneficial poses significant security threat and challenges. It is often a misconception that these devices are secured at a level which is at par with the typical network server, which is not the case.

There are some major security concerns with the present Iot devices.

Some major security concerns are:

As there is an extraordinary increase in the mobility solutions and cloud computing with IoT, the number of IoT connected devices has been increasing which has led to the rise of the quantity of malware and ransomware that are used to misuse them.

While the traditional ransomware depends on encryption to tally keep out the users out of various devices and platforms, there’s an ongoing hybridisation of ransomware and malware, both of them aims to merge the different types of attacks.

These attacks mostly aim at restricting the user access and additionally disabling the functionality of the device and simultaneously stealing the user data.

The guidelines and best practices for IoT devices are still a work in progress. Associations like The National Institute of Standards and Technology (NIST) and the Internet of Things Security Foundation (IoTSF) are continuously working on developing the baseline security standards, but these are yet to be completed.

Security not A Market Priority

IoT devices are incorporated with the objective of getting the chance to showcase before the opposition does, to gain a competitive advantage. These devices are adopted rapidly without taking in account the security postures that most of the organisation have put forward.

And since security isn’t viewed as the selling point it is usually neglected making the system more vulnerable to attacks.

One of the major concerns while handling IoT devices are they do not get enough update and, in some case, no updates at all. Due to continuous advancement in technology, these devices which were secured earlier might fall in the risk of being insecure resulting in being more prone to hackers and other security threats.

Even though security devices and advancements are imperative to ensuring organisations in the time of IoT, perhaps the best defence, and indeed vulnerabilities, can often be the workforce itself. With right awareness, the remote workers are more likely to not just detect threats and alert the specific individuals but also additionally prevent the issues from happening in the first place by making sure that they are doing everything they can to keep the IoT devices present at their homes, safe and secured.

A great deal of future damage can be avoided by following some steps to safeguard the devices. Some of the best practices includes:

An End-to-End approach to deal with security would incorporate encryption, Cloud security measures and application/access security practices to completely protect the product and product’s pathway. It stretches out security from the devices to the cloud and afterward to the application.

Secondly, making sure that the password contains a mix of upper and lowercase letters, special characters and numbers, to make a stronger password which would be difficult to crack. Password managers are useful while dealing with the complicated passwords.

This comes in two phases, firstly regular updates should be provide to the registered users and secondly, the remote workers must keep updating to latest version as there are times when certain security function are available, after the manufacturers identifies any vulnerability present in their system after which they issue security patches. Updating the devices is one of the easiest and effective way to keep the devices secured and away from being hack prone.

As rightly said by Martina Navratilova “Security used to be an inconvenience sometimes, but now it’s necessary all the time”. Remote jobs are vastly facilitated by using IoT devices and organisations need to be committed to ensure security and the employees should be equally responsible to prevent the attacks.Remote jobs involve vast amount of data and sensitive information, with structured and effective security system in place, privacy concerns can be tackled well.

Contact us to be on the forefront of innovations coming to disrupt whole of the universe and embrace the upcoming industry shift. This article is written by Kalyani a Marketing student from IMT Ghaziabad and a Maths graduate from Delhi University. 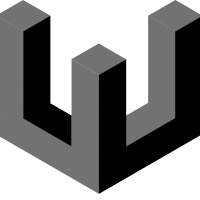