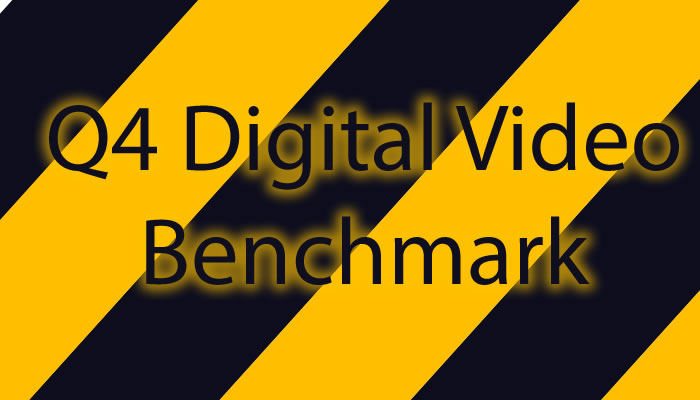 Streaming TV or TV Everywhere viewing doubled in 2015 according to Adobe’s quarterly analysis of the US market.

Streaming TV also saw growth in the amount of connected device viewing, along with a decline in mobile video viewing.  Overall growth in streaming TV video viewing has doubled YoY (102%) a trend that Adobe forecasts  will continue.Active streaming or TVE users increased 22% QoQ, which is notable a previous quarter growth ranged from 12% to 14%. According to Adobe it is the first time that broadcast and cable content scored the highest streaming TV growth YoY, at 111%, due largely to seasonal TV programming events. Movies experienced a dramatic increase in Q3 due to free trial subscription promotions. The Super Bowl viewing numbers across traditional and streaming channels gave a telling insight. “The final audience numbers for SuperBowl came out and it wasn't the highest year,” said Tamara Gaffney ,principal at ADI. “And I don’t think it’s because fewer people watched the Super Bowl. Declining numbers like that indicate that digital is starting to siphon off viewers.”

Gaffney added that this was no surprise, as CBS streamed the SuperBowl for free to everybody who wanted to receive it digitally.  “Ithink what's great about that, if you're thinking of it asglass-half-full, is that that makes a much more digitally addressable audience for television,” she said.

Meanwhile analysts,  eMarketer, have forecast  that 2016 will be abenchmark year for digital video usage, particularly streamingtelevision.  The analysts forecast that 2016 will be the first time that more than half of the US population will watch TV shows online atleast once a month. In 2016, 164.5 million Americans will watchdigital TV representing 50.8% of the US population.

“There is a growing embrace of over-the-top video, partly at theexpense of traditional TV,” said eMarketer senior analyst Paul Verna.“This trend is driven by an expanding range of viewing devices, by favorable shifts in consumer behaviour and by a flood of new contentfrom streaming services. Netflix, Amazon and Hula now competeelbow-to-elbow with TV networks and film studios for originalprogramming.”

Total digital video consumption including everything from TV shows, movies, news and advertising will continue to rise. The report claims that by 2017, more than two-thirds of Americans will watch digital video at least once a month. Millennials (those born between 1981 and2000) are the biggest consumers of digital video. In 2016 93.7% ofmillennial internet users will watch streaming video, with that figureclimbing to 94.1% by 2019.

“Younger millennials who came of age in the YouTube era see digitalvideo as a pervasive activity that cuts across genres and screens,  said Verna. “They’re among the heaviest users of smartphones andtablets, and they routinely use those devices, along with laptops andconnected TVs, to watch everything from how-to clips, gaming streams, to sports highlights, educational content, music clips and scripteddramas.”