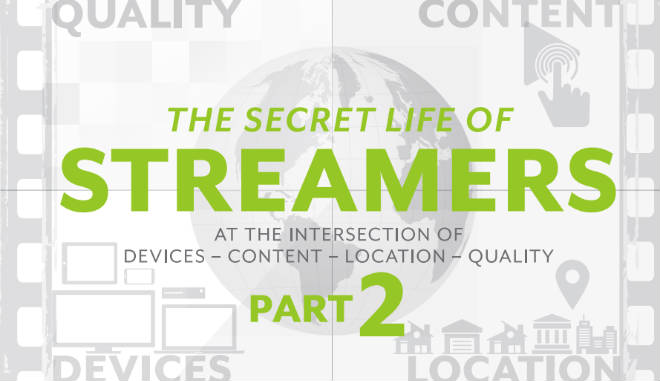 Australia , the UK, US, Norway and Germany are the leading countries in the surge of connected TV viewing, according to a groundbreaking three-year behavioural study.

A connected TV is a television that is connected to the internet by any means. Devices such as a smart TV, Roku, Apple TV or game console may all be used to connect the TV screen to the internet.

The data behind The Secret Life of Streamers, Part II, found that this cluster of countries had the highest rate of global share of plays on connected TV and that PC usage was down in these markets.

Globally connected TV streaming in the home has tripled since 2015 and has replaced the PC as the platform of choice for binge-watching.

While increasing numbers of viewers are reaching for their newer mobile devices the numbers is still a fraction of consumption on connected TV’s from major vendors. Market data from IHS Markit, confirms that smart TV’s from Samsung will account for 37.9% of all Smart TV shipments, followed by LG on 12.5%, Sony with 8.4%, Vizio on 5.9% and Philips with 3.4%.

This level of consumption and device information is crucial when developing an entertainment delivery business for home and commercial settings.

“Our most recent independent analysis shows connected TV dominating all devices 24/7, with plays increasing 75 percent, highlighting the rise of this platform at the expense of other screens. The transition from traditional television to streaming television has become more prominent, and viewers are binge-watching multiple shows via connected TV during primetime,” said Colin Dixon, founder and principal analyst at nScreenMedia.

Core findings include that the average viewing session on connected TVs, at 77 minutes, is twice the amount of time viewers spend watching streaming video on personal computers and mobile devices.

Regarding consumption, the method viewers in the US and the UK stream on mobile devices, PCs, and connected TVs is very similar. Both countries favour connected TV, accounting for 46 percent of premium video plays in the US and 43 percent in the UK.

Longer episodic content on mobiles is preferred in the UK, US, and Norway while Canadians prefer short videos on mobile. “The transition from traditional television to streaming television has become more prominent, and viewers are binge-watching multiple shows via connected TV during primetime,” he added.

When it comes to quality, the report found that mobile picture quality (as measured by bitrate) has improved worldwide, and the rebuffering ratio is also improving (with a few exceptions).

“Viewer experience, content, and monetization have become the three pillars of the next generation of TV, and the industry needs accurate data to make competitive business decisions,” the report states.