The important thing to remember is that Python is very easy to learn a programming language. You can read and write Python code easily.

The syntax of the Python language is very simple. For example: in other programming languages, we need to write 3-4 lines of code to print the Hello World program.

However, with Python, you can do it with a single line of code.

Many free resources are available so you can easily learn them.

However, whether you are still confused about the opportunity to learn Python or not. So this article is for you.

The roadmap for learning web development is practically divided into parts. As you know, languages ​​like HTML, CSS and JavaScript are used to develop a website.

These tongues are used only for the front. These languages ​​will define the look of your website and only work on the front or client.

However, apart from these JavaScript is used for the development of applications for users and for background applications. There are many other languages ​​or technologies for the server or server that basically help you connect your site to the database server.

This will decide how fast and efficient your site will be. Although PHP is the programming language used only for back-end development.

Python is also gaining popularity and recognition among web developers around the world. The reason is that there are some flaws in PHP that Python overcomes.

PHP is more prone to vulnerability. You need to manually create the security of your website in PHP.

However, with the Python framework like - Django, you will get integrated support against various vulnerabilities and attacks. With the Web Python framework, Web programming becomes very simple.

When it comes to web development with Python, stay with the two options which are Django and Flask. Both are an excellent framework for web development and offer functionality that you won't get in any other programming language (PHP).

However, if we compare Flask and Django in terms of speed. So Flask is faster than Django.

If you are a beginner, then you should go with Django. With Django, web development becomes very simple, as there are many integrated modules that make web development very fast and simple.

Salary: The average salary of a web developer in the United States is $ 59,229.

For data science, Python is the best programming language because it comes with several useful libraries that help to perform scientific calculations and data calculations very easily. I like panda, numb, matplotlib and many more.

This is why Python is the preferred language of most researchers and scientists around the world. In data science, most of the time we are dealing with CSV files.

So Panda is the library that helps to manipulate and analyze CSV file. Practically, all the operations that you can do in Excel or in the spreadsheet, you can also do in panda.

The first and most important requirement for the operation of Machine Learning is data, a lot of data. Without sufficient data, machine learning cannot be implemented.

Python has several predefined libraries and frames that make ML and AL very easy. One of the popular paintings is Tensorflow.

Therefore, we have created a separate article on artificial intelligence and machine learning, which you should visit.

#3. The Internet of Things

The Internet of Things is a growing technology and will also be in high demand in the future.

Basically, IoT is the technology that helps connect multiple devices to create a smart grid.

There are many IoT applications in the real world. We also have a dedicated article in this regard.

Now, if you're on IoT, you must have heard of Raspberry Pi. The Raspberry Pi is a small chip and, like a mini-computer, it can perform virtually all the tasks that a computer can do.

It is very useful to know about Raspberry Pi if you want to access IoT. All Raspberry Pi libraries are created in Python and are also highly compatible with creating Python applications.

Popular Libraries: The most popular libraries available for IoT are NumPy, Matplotlib, Tkinter, Panda, OpenCV and many more.

Salary: The average salary for an IoT engineer in the United States is $ 101,000.

Python comes with a wide range of tools that help develop GUI for desktops and other platforms. Some of the most popular Python GUI development toolkits are Tkinter, Jython, wxPython and PyQt.

Now, if you are wondering how this set of tools works inside the hood. Let me tell you that you like this toolkit: Tkinter comes with a set of built-in modules that basically appeal to your main operating system.

The operating system then responds to this request by generating a specific graphic on the screen. For a programmer, creating a good graphical interface is a skill worth learning.

How to simplify the use of the application or software. If you have developed web development or created a website, you know that HTML and CSS are used to create the front end of your website.

Similarly, in software development, GUI frameworks such as - Tkinter and PyQt are used to create front-end software applications. So, if you want to develop GUI desktop applications, Python will be the best choice for you.

There are several GUI libraries available in Python, which facilitate GUI development. Creating fantasy graphics in Python is very simple and fun.

With the help of various libraries such as Tkinter, wxPython and Jython. However, these libraries are not a great choice for game development and there are many good game engines available in the market.

However, if you want to get into game development or want to know how a game really works inside the hood, these Python libraries could be a good start for you. There is a library called pygame, which is dedicated to programming Python games.

Salary: The average salary for a UI developer in the United States is $ 75,816.

Becoming a hardcore developer is not required if you want to access Cyber ​​Security.

However, the conditions will be much more favourable for you if you have basic or intermediate knowledge about programming.

This will help you to know the actual operation of software so that you can find out the error or perform penetration tests on it.

It is interesting to know that Python is the preferred language of the Cyber ​​Security Engineer worldwide.

So if you want to get into cybersecurity, Python is the language to go with.

There are several reasons to choose Python. One of the reasons is that it is very simple to create scripts in Python.

Most penetration programs are created using only Python.

With Python, you can develop your script to write exploits or perform automation tasks.

Now, most of the virus or payload you find will be created using Python. So, if you have a good knowledge of Python, it will be much easier to decode that virus or load it correctly.

You can also perform Web Scraping with Python, which is a skill needed to analyze any website and also to detect its flaws. Popular Libraries: Some of the most popular libraries available for cybersecurity are Scapy, Impact, Nmap, Cryptography and more.

Salary: The average salary for a cybersecurity engineer in the United States is $ 95,409.

The advantages of using Python

In addition to the applications discussed above, there are many other benefits of using Python. Some of these are:

The disadvantages of Python are:

Python is slower than C or C ++. But obviously Python is a high-level language, unlike C or C ++, it is no longer close to the hardware.

Therefore, there are very few mobile applications such as Carbonnelle.

Python is not a good choice for memory-intensive activities. Due to the flexibility of data types, Python memory consumption is also high.

Python has limitations on accessing databases. Compared to popular technologies such as JDBC and ODBC, the level of access to the Python database is underdeveloped and primitive.

However, it cannot be applied in companies that need regular interaction of complex inheritance data.

Python programmers mentioned several issues with language design. Because the language is written dynamically, it requires multiple tests and has errors that are only displayed at runtime.

Understanding Python's syntax is fantastic and all, and Python itself is truly an exceptional language, but the basics of Python are not why Python is a successful language. There are many fun languages ​​to write that are like Python, like Ruby, Julia and even R.

Pikki Srinu has been working with Best Technologies for over four years. He is currently working as a Content Writer for Mindmajix.

He writes about various platforms like SQL Server DBA, artificial intelligence, blue prism and a few other courses. 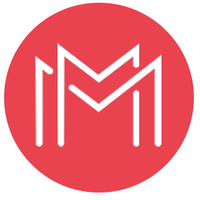 mindmajix
Category: eLearning Solutions and DevelopersCompany about: Mindmajix - The global online platform and corporate training company offers its services through the best trainers around the globe. We fulfill your skill based career aspirations and needs with wide range of customizable courses, self paced videos, on-the-job support, and job assistance. We make learning - easy, affordable, and value generating.
This email address is being protected from spambots. You need JavaScript enabled to view it.