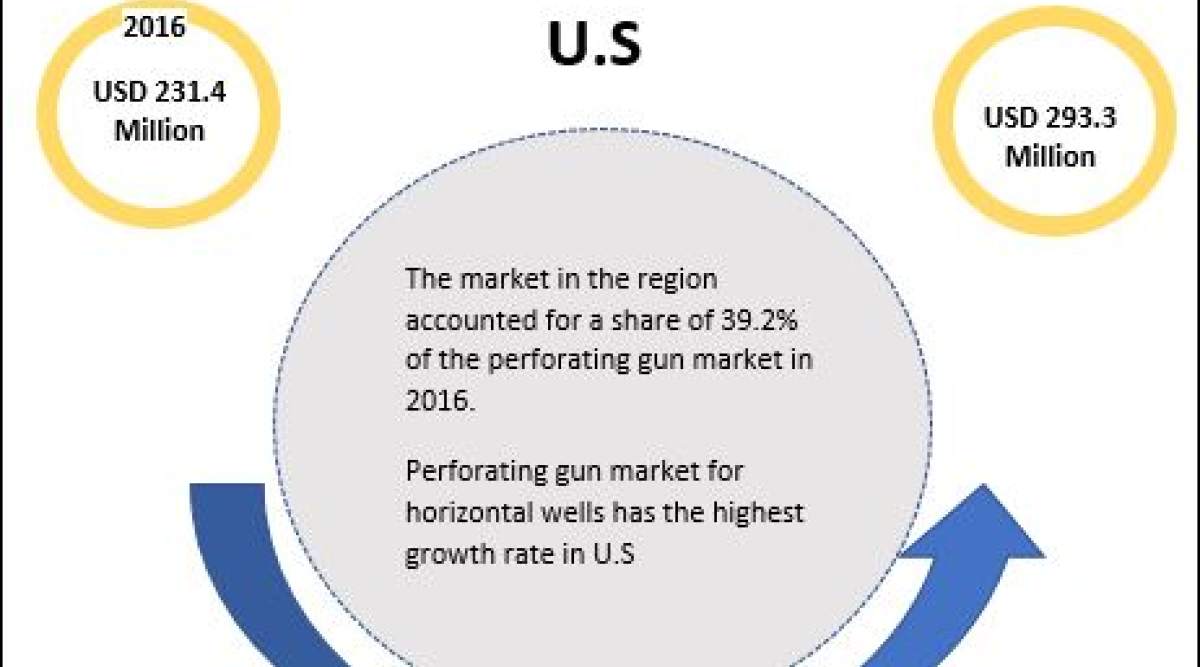 The increase in oil & gas production, increased shale exploration, growing complexity of reservoir conditions, and increase in average well depth over the years are the major drivers of the perforating gun market. The increase in demand for oil and scarcity of supply due to a drop in oil production by OPEC and non-OPEC countries to stabilize oil prices has led to investments in the upstream oil & gas activities.

The major oil & gas companies see the increasing demand as an opportunity for their upstream businesses, which will ultimately drive the perforating gun market.

The perforating gun market is mainly driven by the increase in the average well depth over the years. The conventional oil & gas reservoirs are depleting.

The new reservoirs are found deep below the earth’s surface. The various methods such as reperforation, drilling of unconventional oil wells, and increasing oil production in hostile reservoir environments with the help of advanced technologies are carried out to meet the oil & gas demand.

Thus, the need for technically efficient and advanced perforating guns is increasing to meet the requirements of drilling operators.

These include high charge performance, low cost of the gun, high pressure and temperature rating, and high mechanical and electrical reliability.

The market in North America is expected to be the fastest-growing market for perforating guns, closely followed by the Middle East. The US, Canadian, and Mexican governments are looking to invest heavily in the upstream oil & gas industry to reduce imports and move toward self-sustainability.

North America is projected to dominate the global perforating gun market by 2022 due to increasing oil & gas activities in the region. The market in North America is also expected to grow at the highest CAGR from 2017 to 2022.

This growth is attributed to increased investments in the upstream oil & gas sector, especially in the US. This will ultimately create an opportunity for the perforating gun market.

The leading players in the perforating gun market include Baker Hughes (US), Schlumberger (US), Halliburton (US), Weatherford (US), National Oilwell Varco (US), DynaEnergetics (Germany), Hunting (UK), and Yellow Jacket Oil Tools (US).