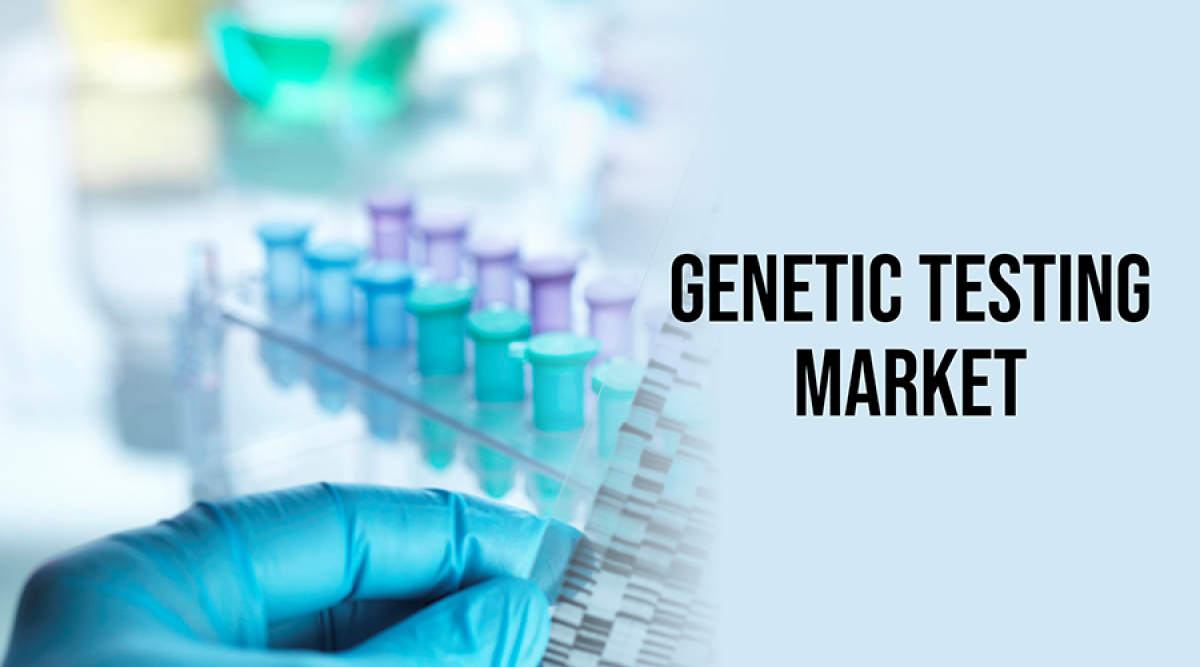 The global genetic testing market size is projected to grow considerably in the coming years, due to the growing number of test to study multiple genes that may help in managing individual health condition. Additionally, the government initiatives to spread awareness with respect to the advantages of procedure is further expected to drive the growth of the market.

This leading position of the category is mainly attributable to the increasing analysis on the biological markers in the genome and proteome studies.

Increasing application of the gene testing in oncological research, rising incidences of genetic disorders, technological advancements and rising demand for personalized medicine are the major drivers augmenting the growth of the genetic testing industry.

According to the WHO, sickle cell anemia is one of the genetic disorders particularly common among people whose ancestors come from Sub-Saharan Africa, South America, Cuba, Central America, Saudi Arabia, India, and Mediterranean countries such as Turkey, Greece, and Italy. However, high cost involves in gene testing, and lack of the experienced professionals are the key factors hampering the growth of the genetic testing market.

Genetic tests in conjugation with other genomic technologies would help predict the risk of an individual to a disease and is also expected to assist clinicians to select suitable therapeutic interventions.

These factors also increase the opportunities for players in pharmaceutical industry to grow, by providing treatment options to their end users. For instance, 23andMe offers direct genetic makeup tests to the consumers and based on the results of tests, the company recommends genetic counsellors to help the consumers about the better testing of genes, and the inherited diseases.

P&S Intelligence
Category: Market Research Publishers and RetailersCompany about: Prescient & Strategic (P&S) Intelligence Private Limited (formerly known as P&S Market Research Private Limited) was born out of the idea of helping businesses achieve breakthroughs through intelligent decision making, underpinned by a thorough understanding of industry dynamics. As a market intelligence and consulting firm, we strive to provide our clients with first-string market insights to facilitate intelligent decision making.At P&S Intelligence, we offer a multi-dimensional analytical lan ...
This email address is being protected from spambots. You need JavaScript enabled to view it.