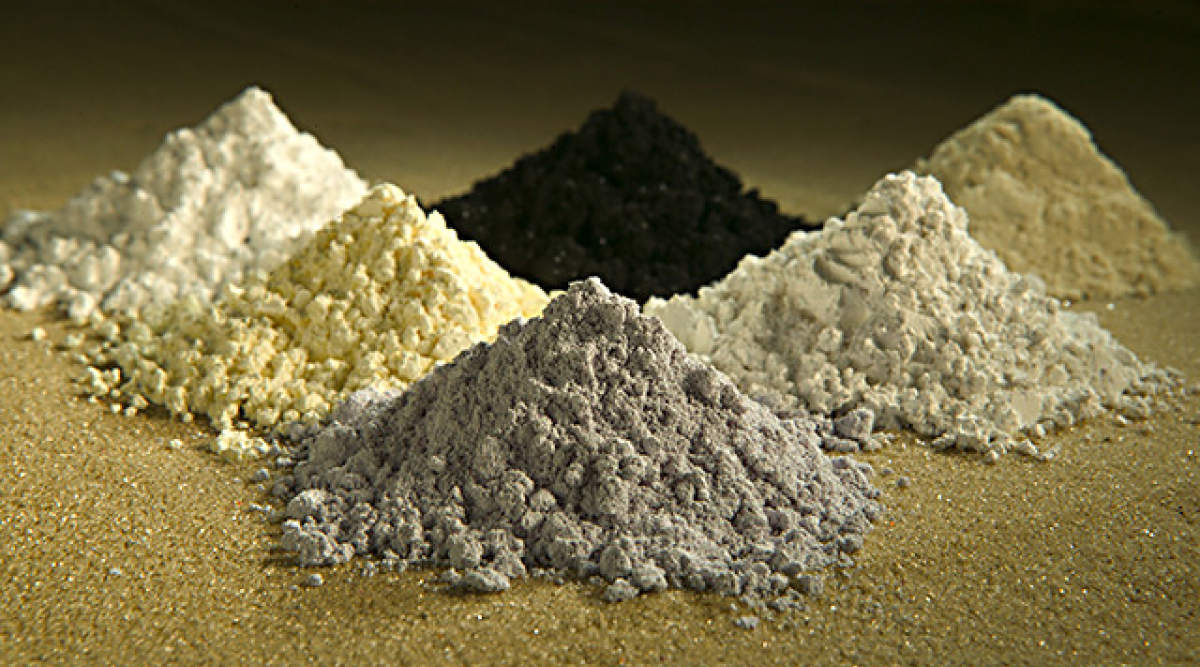 Rare earth elements and metals are widely used in the industry. Rare earth elements are essential to aircraft engines, mobile phones and drill bits for oil and natural gas mining. As new energy vehicles are expected to replace traditional fuel vehicles, both military and civilian industries have robust demand for rare earths.

In 2017, China produced more than 80% of rare earth metals and compounds in the world.

Driven by low mining costs (including low labor costs) and low environmental protection costs, in the 1990s, Chinese enterprises started mining and exporting rare earths on a large scale. Consequently, most other countries stopped mining rare earths. In the past decade, China’s rare earth reserves fell sharply. Its proportion in the global rare earth reserves once exceeded 70% while at the end of 2016, the proportion was only 37%. From 1998 to 2015, the Chinese government introduced export quota licensing system for rare earths. On Mar. 26, 2014, the WTO ruled that China’s administrative measures for rare earth exports breached WTO rules. On May 1, 2015, the Chinese government canceled its tariffs on rare earth exports. On Jan. 1, 2016, it abolished the export quota licensing system.

To regulate rare earth mining, in the second half of 2018, the Chinese government began to shut down illegal mining enterprises and cut rare earth production quota to 45,000 tons, down 36% from 70,000 tons in the first half of the year. To upgrade its rare earth industry, China shifts from exporting crude ores to exporting oxide products, which greatly impacts the global Rare Earth Market.

After China Minmetals Rare Earth (Ganzhou) Co., Ltd. and CHALCO Guangxi Branch stopped producing rare earth ores because they failed to meet environmental protection standards, ionic rare earth ores fell short of demand in southern China. Subsequently, Chinese mining investors mined ionic rare earth ores in Myanmar and Vietnam and exported the mined crude ores to China for refining. However, in early Nov. 2018, all levels of government in Myanmar prohibited the rare earth mining activities of Chinese enterprises because of uneven distribution of benefits. In response, China's Yunnan Customs announced that it would ban all mineral imports from Myanmar. If the policy is strictly implemented, the prices of heavy rare earths such as dysprosium and terbium will increase on the global market. But it is uncertain that how long the import restriction will last and how it will affect the volume of China's heavy rare earth imports.

U.S. enterprises ship lanthanum-rich ores to China and then buy oxides and chemical products from China. The United States is the major buyer of China’s rare earths, and lanthanum is used to refine oil. Last year, Myanmar became a key supplier of the dysprosium, terbium and gadolinium to Chinese producers of magnets and alloys. In 2018, the United States announced import tariffs on China's rare earths in its trade frictions with China but later it withdrew this decision. In the long term, China's rare earth imports will continue to grow. In addition to the United States and Myanmar, Australia is also exporting rare earths to China.

In 2018, the production volume of neodymium-iron-boron permanent magnets in China increased by 5% and the consumption increased by about 6%. The supply and demand on domestic market were close to balance. The export volume and export value increased by 11% and 14% respectively.

In 2018, China only approved 115,000 tons of rare earth production quota, giving priority to meeting domestic demand. As a result, the global production of primary rare earth oxides grew by 20.80%. The growth was mainly attributable to the United States and Myanmar. On the other hand, since China started combating illegal rare earth mining in Sept. 2018, illegal rare earth production decreased by 50%. The consequent market gap is filled by other countries. The concentrate imports from Myanmar have become an important source of the dysprosium, terbium and gadolinium for China's magnet and alloy manufacturing industries.

Inquire for more details on this Research report at www.reportsnreports.com/contact…me=2244698

According to the plan of the Chinese government, the annual production of new energy vehicles in China will reach 6 million units in 2023. If this goal can be achieved, new energy vehicles will consume 30,000 tons of rare earths or more, which will boost the development of China's rare earth industry.