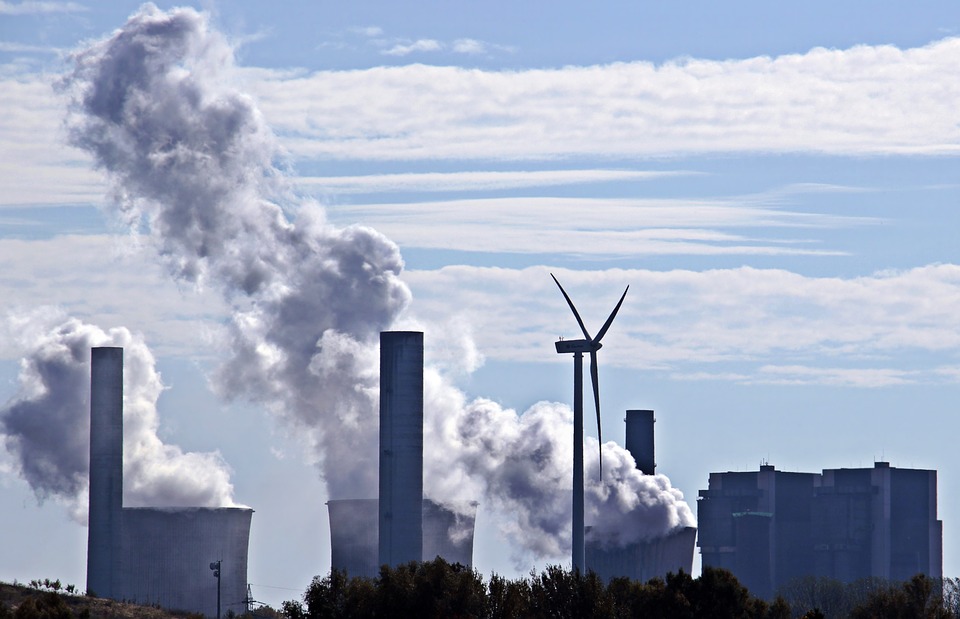 As the coal heats up, it turns the surrounding water into steam. The steam then becomes pressurized while being forced into a turbine, at which point a turbine spins to produce electricity.

While coal power plants offer an effective and reliable way to generate electricity, they produce lots of emissions as a byproduct. When coal is burned, it releases carbon dioxide -- as well as other pollutants -- into the air.

In 2016, research shows over 1,240 million tons of carbon dioxide were released into the atmosphere as a result of coal power plants. The Union of Concerned Scientists say that exposure to coal power plant pollution increases the risk of asthma, lung disease, heart disease and even cancer.

There are ways, however, for energy companies to minimize the amount of pollution created by their coal power plants. Air pollution control systems, for example, often include filtration units that automatically remove particulate matter from the air.

As the heated coal produces emissions, the air is forced into a filtration unit where it's cleaned before being released into the atmosphere.

Several advancements have been made in the field of air pollution control systems for coal power plants. By taking advantage of these new technological advancements, energy companies can promote a cleaner world with less air pollution.

The Global Air Pollution Control System for Coal-Fired Power Plants Market Insights, Forecast to 2025 report by HTF Market Intelligence is a comprehensive study of the global air pollution control systems for coal power plants. In this report, you'll learn more about the market and where it's headed.