Discovering fresh, new, and latest from routine life, became a habit that we practice every day. It is almost part of the daily schedule to see innovations or create unique in any of the work association we have connected. However, you may find anything new from life or not, but technology makes you surprise with its innovations.

It is an unfortunate fortune that humans have a new attachment with smartphones. As we have reviewed in the previous article of Android OS and its versions as same as Apple has launched iOS 13 Operating System. As the time comes and your house requires to refurbish as same as Apple has renovated the iOS Operating System with loads of new variations in features and functionalities.

Photos and videos have cleverly arranged in the Photos app of iOS 13. Photo editing tools resides in the bottom of the Photos app and has remodeled for editing images.

iOS 13 introduces a smooth, less obtrusive volume HUD for the first time, and there is an option to download apps of any size over an LTE connection, untethering you from WiFi.

Your Apple ID will authenticate your account by Touch ID, Face ID. Apple can generate single-use randomized email addresses that you never have to give a real email address to the app again.

For further security, two-factor authentication is an in-built feature in it.

Updated Map Apps To overcome the limitation of location data shared with apps, one-time access of an application allowed by you. Apple will notify you when location apps are using your location data in the background.

The Maps app will give you features like broader road coverage, precise pedestrian data, more exact locations, and detailed landcover.

A very interesting thing in Apple's new iOS iMessage Profile Pictures that can set along with names. Users can share their name and photos with other users for messages.

The users can also set Memoji as a profile picture. Though Apple is putting more efforts to customizing Memojis and use your Memoji as iMessage sticker.

Updates in Apps Find My new app sets all of Apple’s tracking in one place, letting you track both lost devices and friends and family members all at the same time. Import data from External Storage iOS will be able to pull files from SD cards and USB flash drives to import into the Files app.

A solution of the problems always found when it comes to discussion, a new subject always fascinate the readers. In the present time, the booming technology like ARKit for iOS mobile app development is in recognition.

To see the object in depth requires effort to get level up tools - technology and collective inputs. Here Augmented Reality and its development for mobile apps using ARKit is the core subject to put in the attention.

It is as beneficial as we expect a detailed view of such things around the place and a look & feel will entirely change for viewers. It is a 2D & 3D view that seems like the real ambiance of a targeted region near yourself.

The augmented reality is a crucial concept which forces industrialists to incorporate with it and found some business idea through the use of it. Let's take off & fly with AR objects to get more information.

What exactly Augmented Reality is?

Apple's ARKit 1.5 announcement took fascinating features to the iOS Augmented Reality ecosystem. The creativity of AR throws by visual effects for pictures in a distinct manner.

It's just an impressive one to see in the smartphone as a real-time performance.

Its like imagination but now became a reality that customers interact with current trends using Augmented Reality shopping. How does AR useful considering shopping? AR will make you more selective about your specific expectations like the residing interior of your home, positioning of home appliances, and furniture of the drawing room, etc.

Your imagination converts into reality, and everything will settle as you have desired.

However, everything gets change from time to time. All the material appearances either in hardware or software resulting better than the previous piece of product.

Apple has launched iOS 13 - a new Operating System. iOS 13 will bring new features which excite users as well as iOS developers to use it.

ARKit,3 in iOS 13 brings the next emphasis of ARKit, available on Apple's modern iOS devices - the iPhone XR, XS, XS Max, and 2018 iPad Pro models. Augmented Reality will change every aspect in the manufacturing industry, retail industry, architecture, games which are famous like Pokemon Go and so on.

It's a moment to decide and revamp your business with AR mobile app. When will you hire Augmented Reality Developer for iOS mobile app development? Let's meet and discuss your idea on iMOBDEV's table with a cup of coffee! 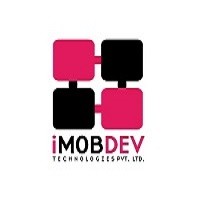 iMOBDEV Technologies
Category: Mobile App DevelopersCompany about: iMOBDEV is one of the delicate mobile app development service providing company in India &amp; USA. They are celebration tremendous ten years of success grandeur in the IT industry with various achievements in web &amp; mobile app development. They have developed n number of mobile apps with excellent client-centric UI/UX designs to maintain business transparency on top. They do follow SDLC for the development process of each project. There are fitting multiple services includes Android mobile a ...
This email address is being protected from spambots. You need JavaScript enabled to view it.