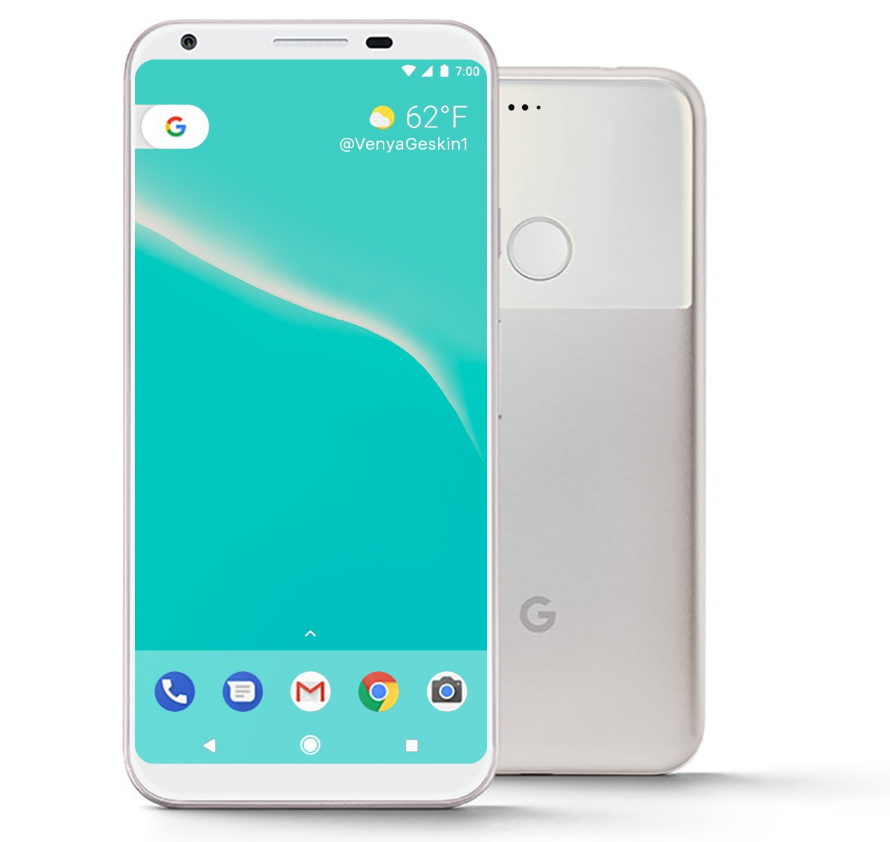 We have seen the launch of Pixel and Pixel XL just a few months back in October. But, we are already talking about the new Google phones that are about to launched next. Pixel 2 is supposed to be available sometimes around September/October in 2017. However, Google has not yet revealed the exact date of launch. At the start of March, Rick Osterloh who is the Senior Vice President of Hardware confirmed that Google Pixel 2 is on the way.

The reaction that we obtained from the first Google Pixel was very good among the Pixel users. There are rumours that original Pixel was pretty rushed, so everyone is waiting with eagerness, to see what is in store for us and how much better will it be made by the Google Engineers.

What happened So Far ?

The first Pixel arrived in October 2016. We might obtain certain clues about what the future will look like when we see what Google has managed with the Nexus range of phones.

So far as the Nexus phones are concerned we have seen that the pattern followed by Google is that of an Autumn release. It would be highly surprising if Google does not follow the same cycle as most of its competitors of the like of Apple and Samsung are all following yearly releasing.

What Will Happen Next ?

So far, we have seen that Apple would like to cater to a wider audience and are releasing a smaller handset as well as a handset that has a larger screen size. There are two different starting price points every year.

This is what we saw in Google’s thinking in October 2016 and there is no reason as to why we will see any sort of deviations in 2017. In 2016, we saw both the Pixels as identical other than in  terms of screen size, battery capacity and resolution.

There is no changes in camera configuration.

Unlike the third option of Android , in the form of iPhone SE, we do not expect to see a third option from Google other than Pixel 2 and Pixel XL 2 in October. We also might see updates on Google’s Pixel C tablet in 2017.

This will ensure that the tech giant is covering a larger screen size.

The Pixel 2 is supposed to be accompanied with Snapdragon 835 processor, sport waterproofing and the improved versions of the cameras. The use of Snapdragon processor will ensure  a better performance along with lesser battery drainage.

Osterloh has also reaffirmed that the Pixel 2 will be a premium device with a premium  product. So, the expected price will not be lower than $650 for the 32GB Pixel.

So, Google will manage to sell premium phones, but at affordable prices and this is what it has done with Nexus devices, all these years.

Google Assistant will be on board with a much more cleverer option. The newest Pixels will also be sporting Android O , the latest version of Android, already available as a appinventiv.com/blog/ti…ntric-apps review.

AppInventiv Technologies
Category: Mobile App DevelopersCompany about: Being Ranked No.#1 on AppFutura, empowered with 250+ tech nerds &amp; with an encouraging track record of 250+ world-class apps developed for the clients across the world, AppInventiv is a leading ISO certified mobile app development company. With global presence in the US, Europe &amp; APAC, AppInventiv is the most sought after company in mobile space. At AppInventiv, we are driven by a simple goal: deliver high-quality products that generate revenue and value, both to our client’s business. W ...
This email address is being protected from spambots. You need JavaScript enabled to view it.