Blockchain is getting popular throughout the world among entrepreneurs. However, many of them generally associate it with Bitcoin. In reality, it is more than that. Find out more in this write-up.

I am sure that you must have heard the term Bitcoin by now. It is tough to say, whether Bitcoin will be completely established in the entire world or not. However, Blockchain will surely transform the businesses. Yes, more often we think Blockchain as the term associated with Bitcoin, but it is more than that.

Even the mobile app development sector is getting affected by this disruptive technology. Let’s discuss everything in detail without any further ado.

Bitcoin is a virtual currency in a network of the system introduced in the year 2009. Since its inception, it still has a dubious reputation. It is not only notorious for its great fluctuations in value; however, it is also considered to be a form of payment normally used to stretch.  Do you know what makes this currency groundbreaking? It is the fact that the currency is entirely operated without any central authority like a commercial bank.

The system itself crafts the currency forgery-proof and guarantees that the money amount in the circulation does not surpass a fixed limit. But, the IT and financial industries are more concerned in the fundamental Blockchain technology than in the Bitcoin.

Apart from for Bitcoin and its several clones, the technology has not established further than the experimental stage, in spite of its potential to be more than just a digital currency transaction.

Blockchain was introduced by a group of people or a person known as Satoshi Nakamoto. In 2008, the nine-page concept was published by them, which explained a completely peer-to-peer edition of electronic money. After that, the underlying notion has been expanded further by an entire series of banks, iOS or Android app development or IT companies, and start-ups. Their motive is to implement the technology to other businesses, including securities trading.  Moreover, they hope to build pioneering contractual forms with the help of Blockchain.

Why So Much Popular?

In today’s world, we usually depend upon reliable third parties like lawyers, banks, courts, and governments, in order to keep and process authoritative records related to commercial transactions.

Here, I am not only talking about financial transfers, but also the transfer or creation of shareholdings, digital rights, physical assets, votes, intellectual property, etc. These third parties are trustworthy due to our dependency on them.  In case, they lie or fail, it is only us who has to suffer.

This is here Blockchain intervenes. It is interesting due to the reliability of the transactions of the distributed ledger that does not depend on any particular organization or individual. Therefore, rather than depending on the third-parties to facilitate commercial transactions, you might like to rely on the Blockchain system.

It would be not wrong to say that Blockchain provides us with fresh opportunities to rethink about the process of our society. Innovation may reduce the friction in the economy or generate new ways of doing a business.

As per the mobile app developers, these three features of Blockchain can improve the app development sector and make it more advanced:

It is quite easy to decipher that how Blockchain development functions when you visualize it as a ledger. Actually, Blockchain is only a digital ledger, which is powered by an extensive computer network.  If anyone tries to change the information once recorded in the network, it will be transmitted to all the machines available on the network.

Mobile technology requires this type of methodical tactic. Most of the systems, not only the mobile networks, utilize a server and client-side system. The mobile app and phone act as a client and the data is distributed by a central server upon requests. There is a huge amount of data that stressed mobile networks. It can result in the loss of some information. With highly advanced data streaming and storage coming with Blockchain, this issue can be resolved completely.

Several Android or iOS app development companies believe that by the use of Blockchain technology, it is possible to track the information easily, which is absolutely right. This is because it is impossible to make falsify information or fake transactions. As a result, users don’t have to depend on one another.  The system is totally resistant to tampering to advantage one party devoid of equal action from another.

Blockchain technology allows you to see everything happening in the process of app development.  Storage of information and categorization can be tracked, confirmed and protected all at once. Because more entries made the Blockchain expands so that additional information can be easily added. The technology is without any doubt a system that stands out for a robust check.

Encryption is quite complicated with Blockchain. It complexity is such that it becomes impossible for anyone to decrypt it. This lends itself to a system, which needs giving access to several users, however, requires authentication of information.  Confused?? Let take an example. In the legal and financial sector, there is a need of multiple signatures on a document or contract. With the help of Blockchain, it is possible to edit this information and accesses all at a time by different parties without communicating with each other. The only verification, which is needed would be examining the Blockchain and viewing the adjustments done. 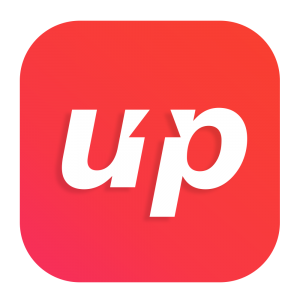