As the New Year dawns upon, Riaxe is showcasing its cross platform apps that it worked on last year. The demand for mobile apps has always been higher than ever.

As the New Year dawns upon, Riaxe is showcasing its cross platform apps that it worked on last year. The demand for mobile apps has always been higher than ever. Entertainment and gamesare undoubtedly the highest grossing categories of apps.2013 has witnessed the highest number of unique apps from Riaxe. Continuing with the immense success of Doraemon Touch, the company launched Doraemon – Dress up and Doraemon Hide n Seek. Both of these games have very well received in the market. Doraemon – Dress up is the company’s first venture in Marmalade. “Marmalade is quick to conceptualize and the performance is superb too” says the Kathy Jones, the tech lead behind the development of Doraemon – Dress up app. The other one is made in HTML5 – the most popular cross platform mobile app development platform and an expertise of the company.

Apart from these, the company launched – Rockets & Parachutes – Board Dice Game. This is a very unique game app based on the classic snakes and ladders game. Dinosaurs and Dragons have been used here. This game was showcased at Intel’s IDK13. This family game was praised for its swift gameplay and immaculate animation. The surprise elements also were an attraction among both kids and adults. Other than this, FishBall – a game based on an interesting concept emulating water toys was made by the company. This game caught the fancy of every child and adults who have loved to take the nostalgic path back to their childhood days. Guess the voice is another entertainment app that quizzes the audience in recognizing the actor behind a popular dialogue. This app has been available in both Hollywood and Bollywood avatars. Another very useful app – WebCropXE – a desktop tool that turns any desired part of an active web page into a widget by a simple drag and drop of the mouse. This too has witnessed good number of downloads.

2014 will be bigger the company claims. A spiritual app – SaiMandir has been launched very recently. RadioXE – an internet radio app will be launched soon. Their HTML5 T-Shirt Designertool which is out on Pre-Order now, will be launch any time in February. The company is very hopeful that it will be a raging success. They are confident in claiming that it is the ‘most advanced’ of all t-shirt and product designer applications. This cross platform mobile app development venture of theirs is touted to havea number of new features like a unique desktop backend admin and many more. 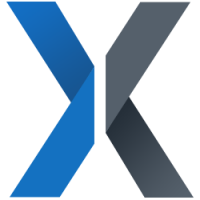 Riaxe Systems
Category: Web Design & DevelopmentCompany about: We are an offshore IT solutions provider pioneering in most web, desktop and mobile technologies. We design cross platform iOS and Android apps and games using HTML5, Adobe AIR, titanium, marmalade and many other frameworks and platforms. Feel free to follow us on Twitter &amp; like us in our official Facebook page. Visit here www.riaxe.com
This email address is being protected from spambots. You need JavaScript enabled to view it.
×
MEMBERSHIP POPUP