Along with a host of bug fixes and minor updates, Apple threw in a huge surprise when it released the public beta version of iOS 12. Kunsh Technologies has spent some time digging into Apple's beta of iOS 12 to uncover all the changes made this time around as number of updates have been discovered.

A significant opportunity is there to those who have complaint of slowing down of their existing iPhones, to update them into latest iOS 12 iphones.

Performance was major concern for the iOS app users with every new update of the iOS arriving in the market. But, as the reports suggest, the new iOS12 beta version is capable of handling major performance issues and giving a sign of relief to the users.

91.4% of them were iPhone users only. Reports suggest that total app downloads from Apple’s App Store in the first quarter of 2018 were 2.2 billion.

Out of which, the highest of 29% users have spent time on social media channels. 2.3 hours is per day’s time spent by a single user during the last year on digital media mobile platforms.

People from age group 18 to 24 are majorly involved under this group.

As per the app reports, people in the US daily use 9 apps per day and 30 apps per month. Most of the users prefer using gaming app making it most popular app category with 25% ratio.

According to Darshan Shah, CEO of Kunsh Technologies, “We are eagerly looking forward towards iOS12 for delivering best quality mobile app development solution to our clients. The new beta version of iOS handles smoother app loading than its previous version.

Faster load times have already brought about solution to many app related issues”.

“However, all this percentage is expected to increase with more new features added to iOS 12 beta,” he added.

“I have taken a note of iOS 12 and it is relatively faster than its older version. The quick pop-up of keyboard is quite significant and the camera app also launches smoothly.

This makes the device as well as the apps work quite smoother, quicker and convenient,” shared by one of the leading iOS app developer at Kunsh Technologies.

One of the leading app development companies in the world – Kunsh Technologies holds a strong position in the app marketplace with Android, iOS and Windows based apps. The firm is constantly building new apps in diverse genres for the businesses as well as individuals.

The expert and talented app developers at the firm keep a keen eye over the latest trends and changes happening in the app world with bringing astonishing apps in the market. 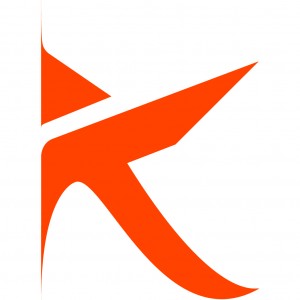