For two months over Christmas and New Year Dick Smith is bundling a Globalgig international roaming SIM and $30 of credit with any sim-enabled tablet purchased from any of its 330 electronics retail stores in Australia.

Globalgig specialises in providing SIMs for travellers that support mobile data in Australia and internationally at prices substantially lower than those generally offered by mobile network operators. 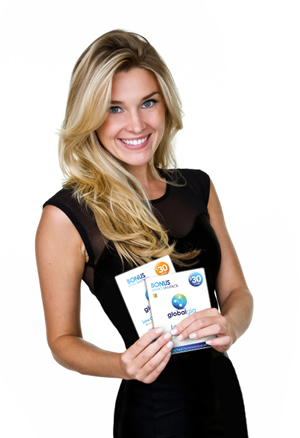 The $30 credit offered by Dick Smith is available on all SIM enabled tablet purchases between 5 December and 31 January 2014 and can be applied to any of these plans.

Globalgig channel sales and marketing manager, Matt Farmer, described the deal as a no brainer for Dick Smith customers. “Critically Globalgig truly enables customers to continue to use their favourite apps and maintain their existing online behaviour in 40 countries without the fear of massive bill shock, especially when travelling overseas.”

In addition to the $30 credit and SIM card, Globalgig users also enjoy no lock-in contracts and the freedom to change plans month by month at no extra cost.

Matt Farmer added, “Globalgig mobile broadband is available to all Dick Smith customers in over 330 Dick Smith stores nationwide, online at dicksmith.com.au and regularly reaches over 5 million households per month as part of the weekly-published Dick Smith catalogue. This promotion will allow all new SIM enabled tablet buyers to try Globalgig and realise how cheap and convenient our mobile broadband really is. It really is a win-win as, in addition to the $30 credit at no additional cost, ongoing Globalgig is also cheaper than many of the main Telcos’ plans for mobile broadband in Australia and overseas.”