On show with us today are two of the more uncommon names in the market right now. But boy, you would be wrong if you were to underestimate either of them. But does Yu Yureka Plus and Panasonic Eluga Icon have what it takes to compete in this highly competitive market? We will soon find out. 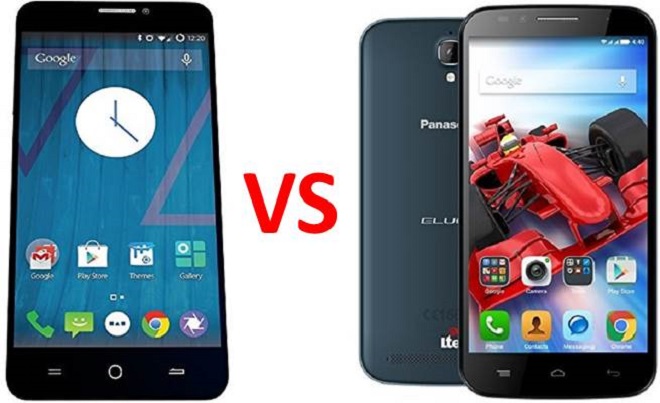 Yu was setup as a sub-division of the popular Micromax brand specifically to cater for the modding community. Yureka Plus is in partnership with Cyanogen to give users the best experience in handling a smartphone. As we all know, most manufacturers usually have what we called as bloatwares installed unnecessarily inside their devices. They even make it almost impossible to remove it. With Yureka Plus and Cyanogen combined, it makes for a very lean device that puts you in control of everything.

As for Panasonic, we will hear about them only every now and then. And it has been quite some time since we last heard from them. It is like, they release something then they go missing for 6 months without any news at all. Then out comes the next release. This cycle has been going for quite some time now, and perhaps it is time for Panasonic to do something about it as well. That’s where Eluga Icon could be able to spring a surprise or two.

Enough of the background talk, let’s move to the more serious matters at hand. The Yureka Plus is sporting a 5.5-inch Full HD IPS LCD capacitive touchscreen with 1080 x 1920 pixels or ~401 ppi pixel density which still looks great even without the Quad HD resolution. Then there’s the Gorilla Glass 3 that ensures you will get the best protection you need.

As for the Eluga Icon, it is a tad lower with it only having a 5.5-inch High Definition IPS LCD capacitive touchscreen with 720 x 1280 pixels or ~267 ppi pixel density. It definitely couldn’t compete with the Full HD resolution, but at least with the IPS screen; you can easily share the large screen with a friend or two and still have the good-looking images without it being washed out.

Screen-wise, Yureka Plus is the outright winner by virtue of its higher resolution and the fact that it comes with Gorilla Glass 3 which adds a form of protection for your previous investment.

Now let’s check out what is under the hood of both smartphones. For Yureka Plus, you can find that it is equipped with the Qualcomm MSM8939 Snapdragon 615 at the helm, Octa-core processor with a Quad-core 1.7 GHz Cortex-A53 & Quad-core 1.0 GHz Cortex-A53 processor, Adreno 405 graphics, and 2GB RAM. As for the Eluga Icon, it is having an Octa-core 1.5 GHz processor with 2GB RAM.

In terms of performance, don’t think you will find a notable difference between the two. Surely you can easily run most of the apps and games out there without any hiccups.

Now that we know how capable they both are, next up is the camera department. On the Yureka Plus, it has the 13MP-5MP setup that allows you to capture photos in great details. The combination feels just right as you bring it along on your adventure.

But you will have better selfie photos on the Eluga Icon, as it comes with an even better 13MP-8MP camera. Since most of the users out there are taking more and more selfie photos, you will have more fun with its higher resolution secondary camera. Prepare to flood the social media with all your great-looking selfies.

For you to take lots and lots of pictures, you are going to need a good storage to be able to store all of them. Otherwise, you will be spending huge amount of time just to transfer and clear up your storage now and then.

This is where both Yureka Plus and Eluga Icon are on par with each other. Both of them have 16GB of internal storage that can further expanded up to an additional 32GB by the microSD slot. No worries for both of them, since they offer quite a lot.

On the software side of things, both of them are still stuck on Android KitKat 4.4. But I believe that it is only a matter of time before Yureka Plus gets its update to the latest Lollipop 5.0 since there’s an active community behind it. This will give a huge performance boost that adds more value in the longer term.

As for Eluga Icon, I personally don’t think that Panasonic will be updating the OS anytime soon. If you can live with this matter, then you will be fine. But you will be missing out on a lot of new features and functions that the latest Lollipop OS has to offer.

Another point worth noting is that they both have dual sim capability and 4G LTE connectivity which further adds value to the device.

Now we’ve come to the end of the match-up, and Yureka Plus seems to have a slight edge. It has a higher resolution, Gorilla Glass 3 protection and the prospect of being able to use an optimized Android version as well as the update to the latest OS. But that would also mean that you will be spending lots of times tinkering with all the settings, and is not for someone who wants something very easy and straight forward. It is also cheaper by just a bit.

The thing about Panasonic is that it has been missing out on a lot of fun, especially with its infrequent release to the market. That could have a serious impact to its branding. But as compared to the Eluga Icon, they do have the edge in terms of having a better selfie camera and a huge battery to boot.

Yu Yureka Plus is currently available for $9,999 Indian Rupee or ~$159 USD. It is available in Moondust Gray and Alabaster White.

Meanwhile for the Panasonic Eluga Icon, it is available for approximately $169 USD and is only available in black.