It has been a while since the first few releases of Windows 10 smartphones, especially the Lumias from Microsoft. But other manufacturers haven’t really responded with great intensity, so here’s to Alcatel Fierce XL which comes with entry-level specs to get you introduced to the latest OS. 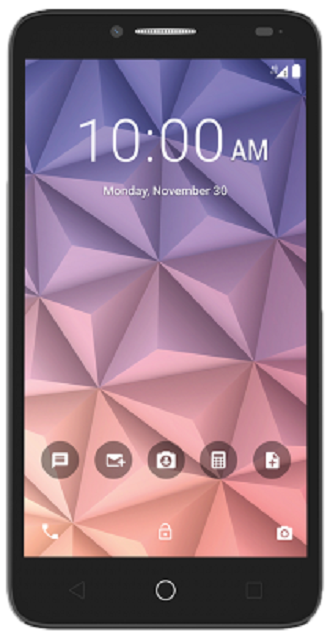 Yes, entry-level might just be the word that might attract customers since the Lumias are still quite expensive. Especially true if you are still wondering what Windows 10 on a mobile device is all about. So you want something cheaper to feel free and experiment with what the excitement is all about. At least if it is not to your liking, you won't have burnt your fingers on an expensive experiment right?

Spot-on with Fierce XL, but it is not to be confused with another smartphone which comes with Android Lollipop 5.1. So now you are saying there are two options? Indeed, that’s true. Why the French-Chinese didn’t decide to adopt a different name altogether is perplexing though.

It then has a 5.5-inch High Definition IPS LCD capacitive touchscreen that displays 720 x 1280 pixels or ~267 ppi pixel density, which might not dish out the sharpest images on-screen. So much for being an entry-level, but a Full HD experience would have enhanced it by quite a bit. Well at least the IPS technology enables you to easily share the screen or two without any hiccups.

Moving on to the hardware side of things, this is where things start to get a little bit hazy. Fierce XL is set to be sporting a Qualcomm MSM8909 Snapdragon 210 chipset, Quad-core 1.1 GHz Cortex-A7 processor, Adreno 304 graphics and 2GB RAM. Normally it would end up with just 1GB RAM, but it may be a blessing in disguise to have that extra memory to run all your favorite apps and games.

Camera-wise, only an 8 Megapixel primary camera will be present which is supported by a 2 Megapixel secondary camera. At least the primary camera features flash and Polaroid® enhanced imaging software that lets you touch-up all the photos that you have taken with ease. Not satisfied, just edit it and make it so much better using the application.

In terms of storage, Fierce XL comes with 16GB of internal storage which can be further expanded up to a maximum of 32GB via its microSD slot. This should give you enough space to store your favorite songs as well as to install a lot of apps and games.

As for the battery department, there’s the Li-Ion 2500 mAh battery available to supply enough juice to the device that lets it be powered up for a day or two.

On the software side, as mentioned earlier it will be running on Windows 10 mobile. But the only difference is that, it won’t have Continuum, which essentially lets you use the phone like a PC; and Windows Hello, which scans your eye in order to unlock your phone.

Finally, there’s a bargain section for those eyeing themselves some Windows 10 action and Alcatel Fierce XL can help you with that. But other than that, expect mediocre performance and mediocre camera as the initial excitement fizzles out and reality kicks in.

The Alcatel Fierce XL is said to be available very soon and will be sold for approximately $139 USD but is only available in White color.