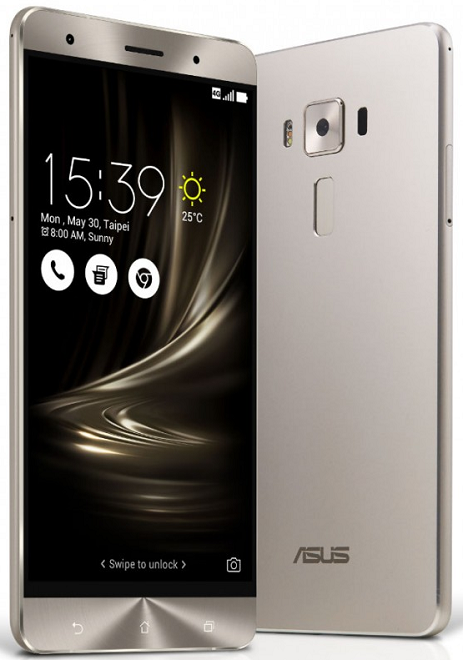 Asus have been on fire recently and with the impending release of Zenfone 3 ZE520KL, it gives users more options to shop around.

We have the Zenfone 3 Ultra, Zenfone 3 Deluxe, which is already out, and the upcoming Zenfone 3 Laser and Zenfone 3 Max to come in August 2016. With the Chinese manufacturer already shown its flagship range, now it is time for something of a mid-range to make its appearance to the public.

With Zenfone 3 Ultra, you will be getting a massive 6.8-inch monster with an octa-core processor and a massive 23MP-8MP camera among other things; while Zenfone 3 Deluxe is a 5.7-inch phablet with Snapdragon 820, 6GB RAM, 23MP primary camera and 256GB storage.

While those two are slugging it out at the top of things, Zenfone 3 ZE520KL is about moderation. Let’s scrutinize further on what it has to offer as per below:

Zenfone 3 ZE520KL seems to be a mid-range smartphone which should come with mid-range pricing as well. But it sure looks like it has all the good looks and moves to outshine the competition.

First up, it has a metal body which is sure to highlight its exclusivity. The availability of fingerprint sensor and Gorilla Glass 3 ensures that it means serious business by equipping only the best to the users.

Under the hood of Zenfone 3, ZE520KL is not to be taken lightly as it has plenty of firepower going on. Fast octa-core processor, great graphics capability and blessed with 3GB RAM lets this device run all the apps and games that are out there in the market with no particular issues.

Then comes the good part which is from the camera department. The 16MP-8MP camera combination looks to be serving solid photos especially with PDAF, OIS, and dual-LED flash. These are normally found on higher-end smartphone – which means higher price as well. So to see it becoming available on the Zenfone 3 ZE520KL is great news indeed.

Perhaps the only worry is its relatively low 2600 mAh battery capacity. But it is too soon to judge, we have to wait until its release before we can comment on its battery life.

Asus Zenfone 3 ZE520KL doesn’t just fit into the mid-range department; it has serious intention to dominate it. Metal body, mid-range hardware, and great camera are some of its key advantages. The only missing link is how much will it cost to own one.