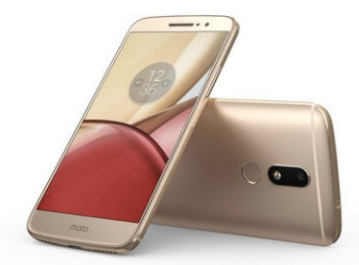 M may stand for metal, but at $295 USD Motorola Moto M may be a bit expensive. Read on ahead to find out why.

Motorola seems to be positioned quite healthily at the top with Moto Z and in the mid-range with Moto G and the entry level with Moto E, but where does Moto M stack up in all of these?

Here’s the lowdown on the Moto M:

As you can see from the above, Moto M can be considered a mid-range smartphone by all means. It doesn’t seem to be special, nor will it provide something extraordinary.

Unlike the Moto Z series which comes with Moto Mods that can transform your smartphone into something special like a movie projector, boombox or a battery powerhouse; Moto M is missing these features.

Sporting a 5.5-inch Full HD screen, Moto M also comes with a metal body and fingerprint sensor which is what you would expect from this price range.

Under the hood of the Moto M is the Helio P15 chipset paired with an octa-core processor and topped with 4GB RAM. It is not great but not too shabby either.

Regarding the camera, there’s the 13MP-8MP camera which is able enough to capture all your pictures in good quality. In particular, the selfie camera is a touch above the average.

Storage-wise, there’s a decent 32GB available. In case you need more, just pop in a microSD card up to a maximum of 256GB.

One minor grouch is on its battery size, where the Moto M is equipped with just a 3050 mAh battery. It should be able to power up the device for at least a day, though, but if you are a heavy user – you probably have to standby a power bank just in case.

Motorola Moto M struggles with its identity, where it isn’t good enough to be a flagship like Moto Z and not powerful enough to break free of its mid-range Moto G sibling. M might mean metal or money, but for that kind of price; you are better off in something better. It does not have a powerful hardware to be considered high-end, its camera is good enough for your daily dose of photos, and its battery is just enough.

Motorola Moto M is expected to be released today and can be bought for $1999 Chinese Yuan or ~$295 USD. Take a pick between Gold or Silver color.