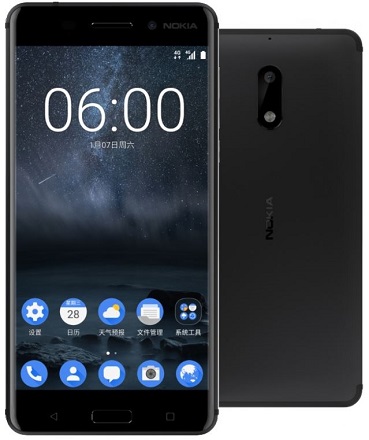 That’s how eager people are snapping up the latest Nokia 6 when it was on sale in China just a couple of days back. This should mark the return of the old Finnish giant into the smartphone arena.

It was just last week that we caught wind of Nokia’s return to the smartphone business with the launching of Nokia 8. When we thought that this would be its maiden return, suddenly we were surprised with the sale of Nokia 6 – and its success in selling 100,000 units in a matter of minutes.

Anything can happen in this industry, especially an old giant such as Nokia. But to put things into perspective, let’s take a look back at Nokia 8 as per below:

You got that right if you say that Nokia 8 is the latest premium flagship in 2017. Specs-wise, everything is the latest; some not even released yet.

With that in mind, Nokia 8 is the company’s highest-end model to be exact. That pretty much tells us a thing or two about Nokia 6, doesn’t it?

Well here you go then with Nokia 6’s specs:

Sporting a 5.5-inch Full HD IPS screen, Nokia 6 blends right in for everyone looking for a piece of history with this smartphone. Then there’s the metal body and 2.5D curved display to make it even more appealing to the sight and feel of the device. To top it all off, Gorilla Glass 3 is your last line of defence in case of any mishaps were to happen.

Performance-wise, you can expect Nokia 6 to be in the middle of things with its Snapdragon 430 chipset, a decent octa-core processor, good graphics and great 4GB RAM. Somehow there’s a feeling that it could have been better should it comes with at least a Snapdragon 6xx chipset and a slightly faster processor. Anyway, it will still perform just nice for your daily dose of apps and games.

Moving on to the camera side of things, Nokia 6 is equipped with a 16MP-8MP camera combination that will surely excite you. With a slew of features and functions, you will be able to capture great looking photos and selfies as well.

For those of you who are particular towards audio, Dolby Atmos is here to please your listening pleasures. Go ahead and listen to great sounds being produced by the Nokia 6.

In terms of battery, there’s plenty to go around for at least a day’s worth of battery life with its 3000 mAh battery. When it is time to plug it in, the fast battery charging feature will get you up to speed in no time.

Last but not least, it is being powered by the latest Android Nougat 7.0 OS right out of the box. There are no messy updates to keep you down – only the latest and greatest from Android is available here.

Nokia 6 is set to bring the good old times back for everyone who have owned a piece of this engineering marvel back in the late 90’s and early 2000. Featuring a 5.5-inch screen which is the norm these days, it does look and feel great with its metal body and 2.5D curved display. Great 16MP-8MP camera setup is also there together with great sound and good battery life. The only complaint so far is on its rather average performance even though there might be 4GB RAM on it. With its bigger brother Nokia 8 joining the fray in next month February during Mobile World Congress, it can only spell a great future for the Finnish company.

Nokia 6 had just been released in China for approximately $300 USD, and the response had been so great that it sold out 100,000 units in just a few minutes. It is only available in black colour.