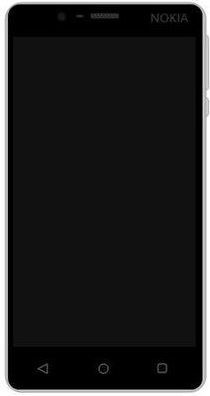 If Nokia 6 that was selling for $300 USD sold out 100,000 units in just minutes, how would a cheaper alternative dubbed Nokia 5 will be doing in the market?

Ever since the former giant relaunched into the market, the interest for the Finnish company is higher than ever. Let’s check out Nokia 6 specs first of all:

No wonder Nokia 6 gets the nod with 100,000 units sold out in a matter of minutes. Not only does the Nokia brand name brings up the nostalgic, the spec itself are simply amazing for a mid-range smartphone. Featuring a 5.5-inch, it does look and feel great with its metal body and 2.5D curved display. Great 16MP-8MP camera setup is also there together with great sound and good battery life.

Now let’s turn our attention to Nokia 5 as per below:

As you can see from the above, Nokia 5 is a watered-down version of its bigger brother. Sporting a 5.2-inch HD screen, it is a far cry from the 5.5-inch Full HD of Nokia 6. There’s also no metal body, 2.5D curved glass or Gorilla Glass protection available that you can count on.

Moving on to the performance side of things, everything is similar – a Snapdragon 430 chipset, a decently fast octa-core processor, decent graphics but a reduced 2GB RAM. You might see some lags when trying to multi-task with the Nokia 5.

As for storage, there’s 16GB of internal storage available which barely makes it. There’s no mention whether it will have an expansion slot or not, but our instinct said it would have it.

Last but not least, Nokia 5 will be running on the latest Android Nougat 7.0 which gives it a little boost in terms of performance.

Nokia 5 is targeted at those who may not want the power and performance of its bigger sibling, the Nokia 6. It will be cheaper, but to what level will it be affordable for its kind of specs. It will allow previous Nokia users in the 90’s a taste of what a modern Nokia is all about.

Nokia 5 is said to be released in the next couple of months and there’s no official response on its price just yet. It will only be available in Black colour.