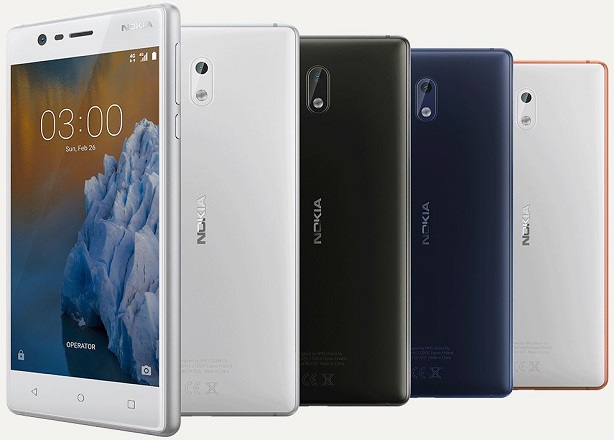 Nokia is back in a big way, and here comes Nokia 3 - a budget smartphone for the masses. Are you ready for it?

It all began with the introduction of Nokia 8 as its flagship, Nokia 6 for the mid-range; and to make it complete – Nokia 3 for the entry-level.

To put things into perspective, let’s take a look back at what Nokia 6 is all about as per below:

Nokia 6 re-ignited the flames of the good old days back in the 90’s. Featuring a 5.5-inch screen which is the norm these days, it does look and feel great with its metal body and 2.5D curved display. Great 16MP-8MP camera setup is also there together with great sound and good battery life.

The only complaint so far is on its rather average performance even though there might be 4GB RAM on it.

Now that we’ve understood where it will be coming from, what would Nokia 3 at half the price of Nokia 6 brings to the table? The answer is as per below:

Dubbed the baby Nokia, the $150 USD brings with it a big difference as well. Nokia 3 now comes with a smaller 5-inch IPS screen and lesser resolution at just High Definition. But still, you can enjoy your videos, reading and running your apps even while out and about in bright daylight thanks to the laminated and polarised HD display.

There’s no metal body. Instead, it comes with a polycarbonate frame that is still sturdy. It comes with the classic design hallmarks of a Nokia smartphone: a beautifully crafted and sculpted polycarbonate back, a solid-feeling aluminium frame, carefully finished details, and optimised performance for everyday use. Sadly there’s no 2.5D curved display and no fingerprint sensor as well.

Under the hood of the Nokia 3 is an entry-level for 2017 with the Mediatek chipset, slow quad-core processor, decent graphics and just 2GB of memory available. It probably won’t be able to run demanding apps and games, but still good enough for your daily dose of social media, browsing and some light gaming.

Regarding camera, it will be sporting an 8MP-8MP camera combination that should be able to provide pretty good pictures and selfies as well.

Moving on to its storage, there’s only 16GB of internal storage available which is not enough. But at least you can mitigate it by popping in a microSD that can take it all the way up to 256GB via the expansion slot.

As for the battery, its 2650 mAh battery should be more than capable of supplying enough juice to the Nokia 3 for at least a day or two in between charging.

Last but not least, it will be running on the latest Android Nougat 7.0 OS right out of the box. It is pure, secure and up to date, offering the full spread of Google Services and no unnecessary extras. You get an experience that is focused and clutter-free. In addition to that, Nokia has promised to provide regular updates, so you get to stay on top of features and security.

Nokia 3 have the hallmark of being great, just by bearing the name Nokia. The move to Android OS is the right one, and this baby Nokia might just be a best-seller once it is released in May 2017. The nostalgic feeling and bringing back the memories of yesteryears, are also some plus points to be considered.

Nokia 3 which is expected to be released in May 2017 will be carrying a price tag of 139 Euro or ~$150 USD. There’s a lot of color options available, namely Silver White, Matte Black, Tempered Blue and Copper White.