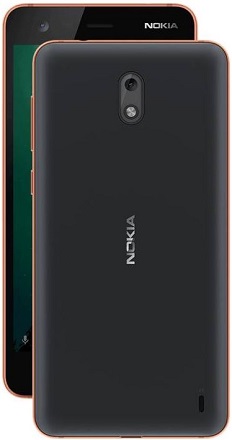 Nokia 2 suits those who travel a lot and doesn’t want to bring their primary phone along. Read on to find out more details

For those of you who is following Nokia’s recent releases, we have Nokia 8 and 9 for the high-end flagship space, Nokia 5, 6 and 7 for the mid-range segment; and finallyautofocuswe have Nokia 3 for the entry-level market.

Let’s recap the Nokia 3 and see where we go from there to Nokia 2:

Back when it first hit the streets, it was the correct move by Nokia to make a move to Android OS. Dubbed the baby Nokia, it brings back the nostalgic feeling and memories of yesteryears. Pretty decent for a smartphone that just costs USD 150 back then.

Today, we have Nokia 2 entering the picture. Its main strength is in its two-day battery life, but what about the rest of it?

With a 5-inch HD LTPS IPS screen found on Nokia 2, the size is compact enough and the screen resolution is about right. You do have a slight peace of mind knowing that it has Gorilla Glass 3 protection in place. The aluminum body with a plastic front and polycarbonate back makes for a firm grip and high durability.

In terms of performance, what else can you expect other than in the realm of entry-level? Equipped with the Snapdragon 212 chipset, decent quad-core processor, decent graphics and just 1GB RAM, it is all about being power-efficient and dependable. Still good enough to run your daily social media apps and some basic gaming to keep you entertained.

Camera-wise, the 8MP-5MP camera setup is capable of taking good photos and selfies. Not too great but not too shabby either. The 8MP primary camera features automatic scene detection and auto focus. And with unlimited uploads to Google Photos, you can capture as many moments as you like.

Moving on to the storage, 8GB of internal storage barely makes the cut these days. Thankfully, you can easily add 128GB of space via the expansion slot.

One nice thing to note about Nokia 2, is the fact that it will get the update to the latest Android Oreo 8.0 once it is available to the public. Surprising indeed, seeing that most updates are normally reserved to the flagship lineup only, so kudos to Nokia for giving an extra bit of value to all users without discrimination. The OS is also clutter-free or in other words, no unnecessary bloatware installed. There’s also Doze mode for prolonged battery life.

Talking about battery life, Nokia 2 promises two-days of battery life with its huge 4100 mAh battery found on this smartphone. Now that’s something extraordinary if you are the travelling kind and wants the freedom of infrequent charging.

Finally, the dual sim capability allows you to easily switch between different SIM cards; depending on where you are and what the situation is.

Nokia 2 is cheap and handy enough to replace your primary smartphone when travelling. It is light, small and decent enough to run your basic of apps and not to mention the 8MP-5MP shooter to capture your favourite moments while you are out and about. The best part of all, it can last you for two days in between charging. And it is also very cheap and offers great value, especially with the promise of an update to Android Oreo 8.0 later.

Nokia 2 is currently available for just 99 Euro or ~USD 115 mark. You get to choose three colours, namely Pewter/Black, Pewter/White and Copper/Black.