In a huge step-up to the game, Motorola Moto X5 is set to spark a new life into this 5th generation of Moto X. 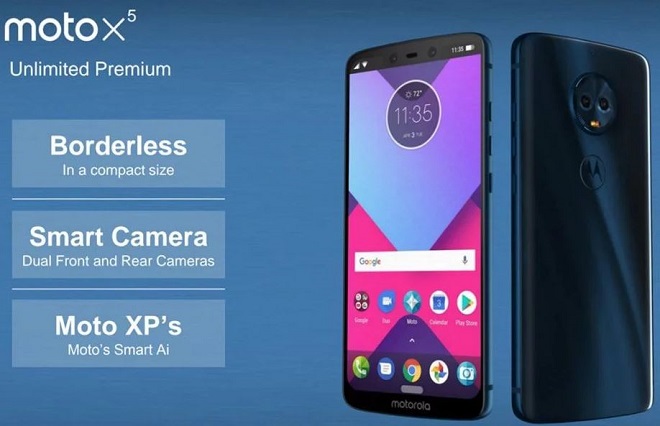 Moto X started all the way back in 2013 and coming up to its 5th edition, there’s a lot of things that was changed to keep up with the times.

But first things first, let’s do a quick throwback at Moto X4 that was released in October last year:

Moto X4 is indeed a premium for its price, but you will get a sturdy 5.2-inch smartphone with an IP68 rating and mid-range hardware with a great dual primary camera.

Expected to be released in a couple of months, Moto X5 was just leaked all over the Internet and here’s what you can expect from it:

For starters, the Moto X5 will be huge. The 5.9-inch Full HD LTPS IPS screen will be intimidating for some, and it does take some time to get comfortable holding a smartphone this big.

Coming with Fullview display, it does follow the trend going into 2018. There’s also the IP68 certification that makes it dust and water-proof as well. Making it more durable will come in the form of Gorilla Glass 3 protection. To round it all off, the metal body will make it even more attractive than ever.

Moving on to what’s under the hood of the Moto X5, it remains a mystery until now. The only thing that we were told, is that it will be sporting an octa-core processor with 4GB RAM.

The highlight of the show will be on its four cameras. With dual camera setup getting more and more recognition (and fans), why stop at just the primary camera or selfie camera? Why not have both ends with their own dual camera – hence a four-camera setup. That’s exactly what you will get with a dual 12MP+8MP primary camera and a dual 16MP+8MP selfie camera combination. This is really a game-changer, as you get to take great looking photos with it.

Having said that, you will then need to be concerned with its storage. High-quality photos can sometimes take up to 10MB size and more, and it won’t take long before storage becomes full. Thankfully, there’s an option to go for either 32GB or 64GB of internal storage. Even then, you can easily add up to an additional 256GB via the microSD expansion slot.

The latest Android Oreo 8.0 will be available right out of the bat, so no worries there.

Battery-wise, it gets a nice upgrade now coming up to 3300 mAh battery capacity. Shouldn’t be a problem to power up the Moto X5 for a full day of use.

Motorola Moto X5 is expected to be released in the coming months. With no estimated price tag revealed yet, you can expect to pay premium for this smartphone.