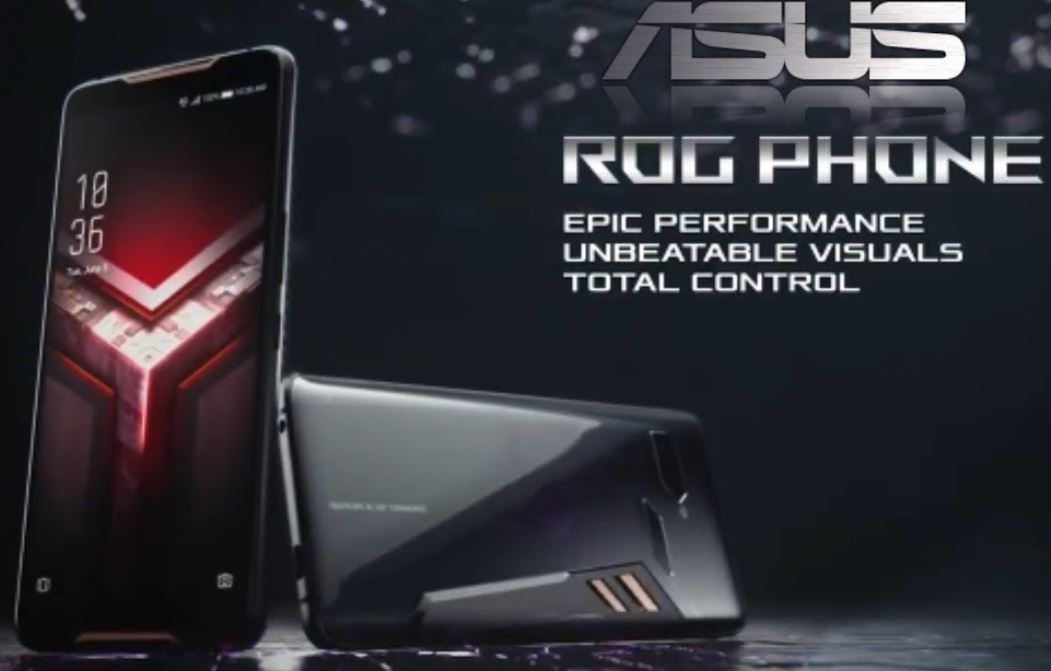 Epic performance, unbeatable visuals and total control. That is the tagline for Asus ROG Phone, and it will be released soon in this Q3 of 2018.

We all know that Asus makes some of the best laptops around, and with Republic of Gamers (ROG) touch – they are the kings when it comes to extreme gaming. They also have their own lineup of smartphones, don’t they? And what do you get when you combine these two? The ROG phone, a smartphone built for gamers in mind.

But before we begin, let’s do a quick throwback at Asus’s high-end flagship for last year as our reference. Here’s to the Zenfone 4 Pro ZS551KL:

Now then, how will the ROG Phone shake things up? Take a look for yourself:

Well that’s where you will be mistaken, as this is a flagship smartphone on steroids!

The ROG Phone is engineered to do some serious battle, as it will be using a combination of tough, precision-crafted 2.5D- and 3D-curved Corning® Gorilla® glass, diamond-cut highlights and copper detailing, the metal-framed, water-resistant ROG Phone combines battle-hardened construction with a supremely comfortable gaming grip for an unrivaled gaming experience.

Nothing but extreme performance can be expected from the ROG Phone, as every component is optimized for a lag-free, responsive experience. Each octa-core Qualcomm® Snapdragon™ 845 Mobile Platform CPU is speed-binned and specially selected for maximum performance — including sustained clock speeds of up to an incredible 2.96GHz — and the Adreno™ 630 GPU is a gaming powerhouse, with graphics performance outstripping the previous generation by up to 30%. It also delivers consistent, smooth and stable frame rates with no lag, even during the toughest marathons. And since performance means nothing if your internet connection is slow, there’s the ultrafast wireless connectivity in its inventory, including Cat 16 LTE and the latest 802.11ad gigabit-class Wi-Fi.

A high-end phone running graphics-intense, fast-paced AAA action games can generate a considerable amount of heat. As well as being uncomfortable to hold, a hot phone is a slow phone: thermal throttling can bring even the fastest CPU to its knees and turn your battle royale into a freeze-frame wipeout. ROG Phone is built from the ground up to run smoothly even when the action gets frenetic: its exclusive GameCool system features highly efficient 3D vapour-chamber cooling inside, enhanced with a copper heat spreader and carbon cooling pads on the circuit board for maximum cooling performance. There’s also a detachable external AeroActive Cooler for an extra cooling boost when the going gets tough. With GameCool, hot hands and spoiled games are a thing of the past.

Now we know that the ROG Phone is built for speed, but does it have the visual to keep up with how fast things are going? It sure does, as this gaming smartphone uses an ultrafast AMOLED display with a 90Hz refresh rate and a jaw-dropping 1ms pixel response time for blur-free visuals that are as smooth as silk. With a wide 108.6% DCI-P3 (sRGB 145%) color gamut, colors are incredibly vivid too, so game worlds look as glorious as they were intended, and HDR visuals with a 10,000:1 contrast ratio help reveal every hidden detail in the shadows.

In any game, precise control is the key to victory, but the lack of physical buttons on phones means your thumbs have to work overtime. Unless you have a ROG Phone, that is! ROG Phone is designed to give you a more console-like gaming experience, with three unique ultrasonic AirTrigger touch sensors. Two of these ultra-responsive sensors are optimized as left/right triggers at the top of the display for landscape-mode gaming (the third is designed for use in portrait mode), and they’re fully programmable to activate any available on-screen action: aiming, firing, inventory selection, steering, navigating — in fact, anything that normally requires a screen tap.

While you are wasting away with gaming, the hours can fly past very fast. Sometimes, a 4000 mAh-rated battery might still not be enough. That’s where charging time can be critical when you’re on a long mission, so ROG Phone not only supports Quick Charge 4.0 fast charging; but when you use the bundled ROG Phone power adapter you also get the benefit of ASUS HyperCharge, a direct-charge technology that puts the charging circuitry inside the power adapter rather than the phone.

But wait, like any other smartphone – there’s still some fun left in the camera department, right? Here’s where the dual 12MP+8MP primary camera comes into the limelight. With its highly light-sensitive flagship Sony® IMX363 main camera and a 120° wide-angle second rear camera. There’s also night HDR to further improve your night shots.

Asus ROG Phone will change the way you look at a smartphone or gaming in general. Instead of getting yourself a smartphone, console or high-end PC; why not get this ultimate gaming smartphone? It has everything you need and more, provided you have the dough.

Asus ROG Phone is expected to be released in the coming months, more specifically in Q3 of 2018 although there’s no confirmation on the price tag yet. It will be available only in Black color.