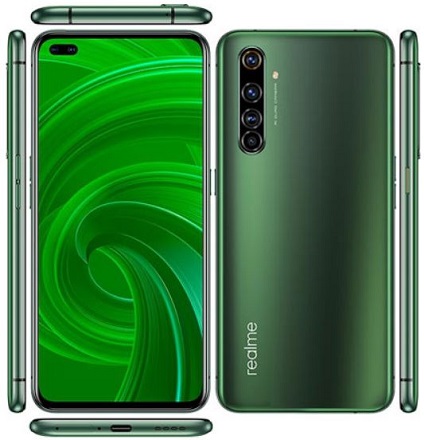 With the race for flagship supremacy heating up, here’s to the Realme X50 Pro 5G which will be launched sometime in March to make its mark in the smartphone world.

For those who might not know, Realme is the sub-brand of Oppo, which focuses on the young and camera supremacy. But before we begin, let's do a quick throwback at the previous Realme 5 Pro which was released not too long ago:

It was considered to be one of last year's favourite smartphone with an affordable price tag. Large 6.3-inch Full HD+ IPS screen, good mid-range performance, breathtaking quad primary camera, good 16MP selfie camera, large 4035 mAh battery and an update to the latest Android operating system to keep it relevant to this day.

That's one for the mass market. The Realme X50 Pro 5G will be tackling those who want the absolute best without breaking the bank. So without further ado, let's scrutinize it further as per below:

It goes without saying that the Realme X50 Pro 5G is indeed pretty amazing. Starting with a large 6.44-inch Full HD+ Super AMOLED screen, the 92% screen body ratio makes for an immersive viewing experience. Not to mention the 90Hz display which keeps movement and gaming as fluid and as smooth as it can be. Then there's the Gorilla Glass 5 protection that keeps everything in place, in case of any mishap that happens.

Under the hood of the Realme X50 Pro 5G is definitely on the highest-end of the spectrum. Here we can find it equipped with the Snapdragon 865 chipset paired with a blazingly fast octa-core processor, great graphics and huge memory up to 12GB. The 7nm Octa-core Qualcomm Snapdragon 865 with A77 performance cores, can reach clock speeds of up to 2.84GHz. It supports Desktop Forward Rendering for extreme realism and the first-ever updatable GPU driver on a mobile. Behold a new generation of flagship mobile platform, with higher performance and more fun in the mobile gaming age.

The new upgraded five-dimensional Vapor Cooling System enables higher heat dissipation performance. Vapour Chamber dissipates heat from an area of up to 1821 mm², compared with the previous generation of heat pipes increased by 339%, ensuring high performance all the time, even during heavy gaming. There won't be anything in this world that can slow this beast down.

The highlight of the show has to be on its six cameras setup, with the 64MP+12MP+8MP+2MP primary camera and 32MP+8MP selfie camera making its way into the Realme X50 Pro 5G. It features hybrid zoom up to 20 times, and you will still get it in the highest of details in one single shot. The 105° Ultra wide-angle lens on the selfie camera captures 2.5x larger view than an ordinary lens. This is the first smartphone to feature Edge Deformity Correction, and it can recognize faces and automatically optimize the face contours when you capture on the edge of the photo.

Storage-wise, you can go for 128GB or 256GB of internal storage. But do bear in mind that there's no expansion slot available, so go for the biggest that your money can spare.

In terms of battery, the 4200 mAh battery found on the Realme X50 Pro 5G is more than capable of powering up the smartphone for at least a day or two in between charging. When the time comes to plug it in, it only takes 35 minutes to get it up to 100%. Now that's something breathtaking.

For audio aficionados, it is good to know that it adopts 1216 Super Linear Speaker, carrying excellent sound quality. Additionally, it comes certified by Dolby Atmos and Hi-Res, which further enhances your listening pleasure, whether you are watching movies or playing music.

Last but not least, did we mention that it has 5G connectivity? The theoretical download speed peaks at up to 3.45 Gbps, which is 10x higher than 4G. It takes less than 10 seconds to download an HD movie, and live-streaming at 4K ultra-clear resolutions is achieved without any buffering.

The Realme X50 Pro 5G is simply amazing, and it belongs right up there amongst all the other flagships. With great hardware, the latest software, six cameras and a battery that won't that is large and won't keep you down for long; it sure is one for keeps. Plus, the price is really attractive, which makes it even irresistible.

The Realme X50 Pro 5G is expected to be released by this month and is estimated to have a $600 USD price tag. Two great colours will be available, Moss Green and Rust Red.