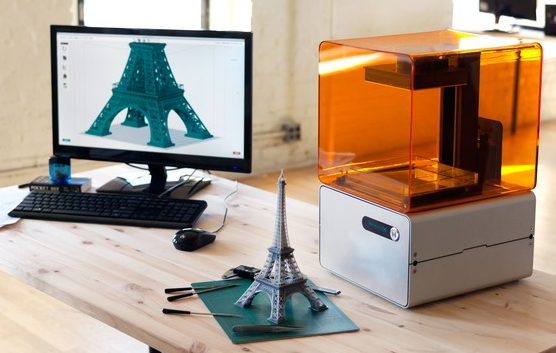 Imagine if you could design and build your own diecast race car model? Or your own cookware, your own cutlery? But on the extreme, imagine you can now download a blueprint to build your own gun, your own bullets. Well you don’t have to imagine no more because the technology is already here. And it’s called 3D printing.

So what is 3d printer anyway? No, it’s not your laserjet or inkjet printer sitting on your desktop that uses ink cartridges. The name 3D printer is definitely misleading, but there’s actually another name for it, additive manufacturing.

Still don’t get it right? Well according to Wikipedia:

“3D printing or Additive manufacturingis a process of making a three-dimensional solid object of virtually any shape from a digital model. 3D printing is achieved using an additive process, where successive layers of material are laid down in different shapes.3D printing is also considered distinct from traditional machining techniques, which mostly rely on the removal of material by methods such as cutting or drilling (subtractive processes).

A 3D printer is a limited type of industrial robot that is capable of carrying out an additive process under computer control.”

Dubbed as the next internet where it could potentially spark a local and personal industrial revolution   where creativity can be taken to production in an instant really opens up a new dimension to what we know and are capable of doing now.

The multi-billion dollar industry is set to shake the world in years to come. Perhaps the picture below would give you an idea of where 3d printing is right now and where it is headed. 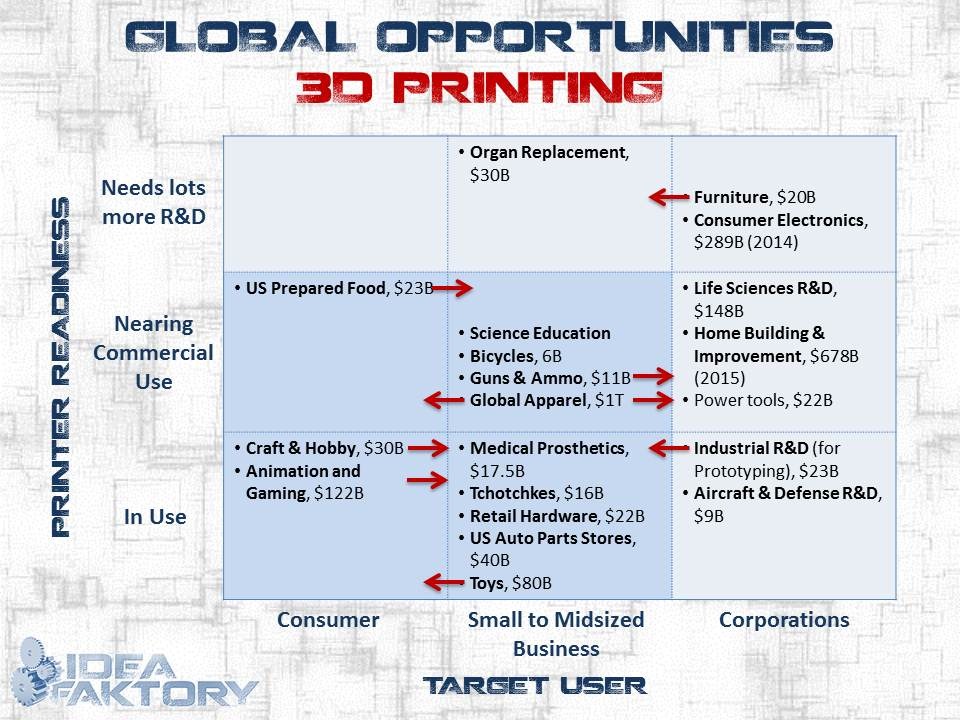 It is being intensively used currently in lots of fields particularly in medical where you can create an artificial limb that fits you perfectly. Or in gaming, create your own chess pieces; want the king to look like King Arthur? In the toy industry, even the popular food chain, McDonalds is toy-ing with the idea of using 3D printing to let kids choose and create their own toy, should the kid not like what’s inside the Happy Meal.

But as with any other new technology, cost would be an issue in the initial stage. Well it certainly is not new though, because the first working 3D printer was created in 1984 by Chuck Hull of 3D Systems Corp. While browsing through Amazon itself, you can find a basic 3D printer from as low as $299 USD to the very high industrial type costing upwards to tens of thousands of dollars depending on the functions.

In time, 3D printing will definitely take off in full flight and there will be nothing to stop it from becoming the next big thing after the internet. There will always be pros and cons to any technology, but Star Trek Replicator that can create food instantly for the crew seems not far off from us.